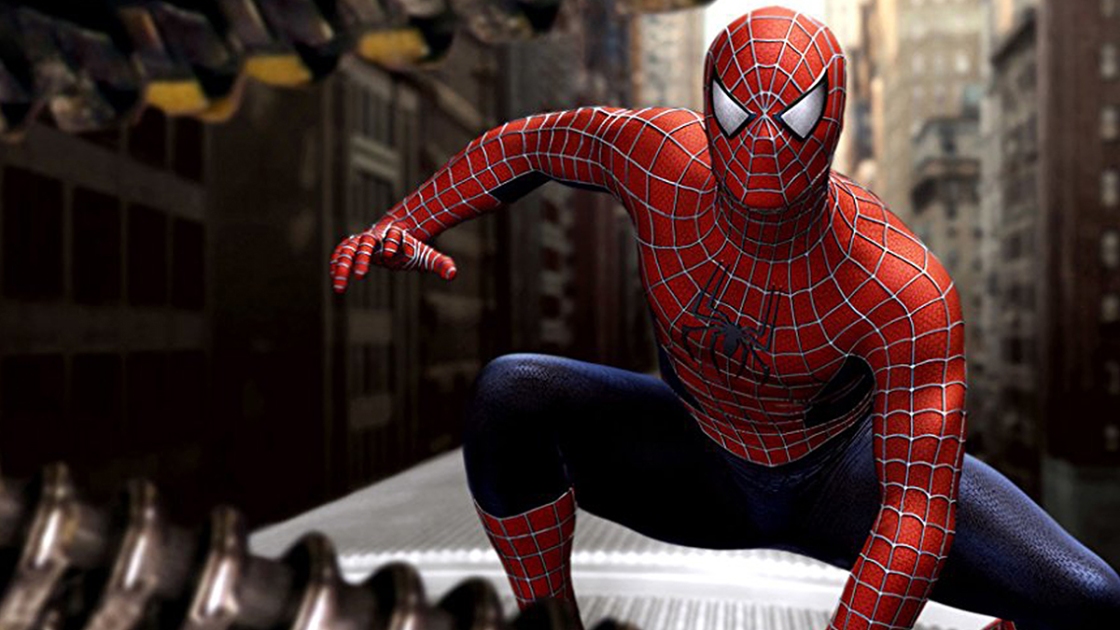 Frodo never had a chance.

That’s always the first thing that comes to mind when I think of Spider-Man 2. After the release of the first Spider-Man film I had two cinematic obsessions: Sam Raimi’s brilliant blockbuster, and The Lord of the Rings trilogy. As a young boy nearing the melting pot of adolescence (thoughts like “I actually wouldn’t mind getting cooties from Buffy.” were fairly regular), these twin passions represented simple cinematic pleasure. Then I went to see Return of the King, the cinematic event of the decade, and the ending to a saga that proved to be just as good as what came before. Except I couldn’t concentrate on Sam’s heroics (we would all be lucky to have a Sam), the insane action, the thirty endings. Why? Because the first trailer before ROTK was the cafe scene in Spider-Man 2.

Peter and Mary-Jane, a spider-sense filtered flying car, and metal tentacles battering the concrete. It’s just this scene, one that beautifully promises so much and communicates the central narrative tensions (even Harry, though not yet in context) that Peter is dealing with. I was pumped, people, so pumped that the Best Picture winner I was actually there to see barely crossed my mind. As Minas Tirith was under siege, I was still in that diner.

Spider-Man 2 is the best Spider-Man film. This is not a blanket all-encompassing statement; especially since I can hear friends, family, and readers angrily shouting SPIDERVERSE!!!!!! I believe this because Spider-Man 2 feels as if it was made specifically for me. Sam Raimi burrowed into my mind and put everything I love about Spider-Man, and nearly everything I love about movies, dropped Chad Kroeger from the soundtrack, and made one of the best superhero movies of all time.

The Dark Knight opens with a Joker-led daylight bank robbery. The Avengers opens with Loki stealing the Tesseract and mind-controlling Hawkeye. Blade opens with a vampire nightclub massacre. All great openings, all great movies. Spider-Man 2, which let’s not forget was the sequel to a movie so popular that it changed the rating system for an entire country, opens with Peter Parker failing to deliver a pizza on time. The first web-slinging is in aid of getting these pizzas to their destination on time, and he’s still late. Peter Parker is out in the adult world on his own. He’s not living with Harry (who only turns up to his birthday to try and get info on Spider-Man), JJ Jameson is underpaying him for his Spider-Man photos, and Aunt May is giving him the last of her own money because she thinks his struggle is more important than hers. Peter, the good boy that he is, sees it the other way around.

Spider-Man 2 is the first superhero movie to frankly say that the superhero aspect of the title character is less important than everything else. Sure, we get loads of brilliant action, but the spine (see what I did there) of the movie is how these larger than life personas don’t mesh with the world we live in. Take Dr Otto Octavius – his transformation into Doc Oc, is a tragedy that cost him both his wife and his humanity. Otto and Peter are buried by the hero and villain that they are supposed to be.

The same goes for Mary-Jane and Harry. Maryjane is a successful actress with an astronaut fiance but still feels more drawn to the boy next door than the life she thought that she wanted. Harry is so desperately trying to avenge his father that he becomes sort of possessed by him. What Harry wanted isn’t as important as the Goblin underneath, and it eventually consumes him.

Peter, after a brief period away from fighting crime, is the only character to successfully integrate his alter ego and himself. This is because of Mary-Jane, who loves him as both Peter and Spider-Man, but there is a delicious tinge of doubt at the end that maybe, just maybe, the two are kidding themselves. Maybe one really is more important than the other, despite Peter’s fight to maintain the two sides of himself.

Add to all of this Raimi’s endless creativity: there is a particular sequence where Peter is trying to get a glass of champagne at an event that eventually reveals Mary-Jane’s engagement that is something out of a Howard Hawks comedy. The fact that Raimi has such a large canvas in which to paint is due to the simplest of reasons: there is only one proper villain. Raimi understood that the reason that Peter is so relatable as a character is because the comics and animated shows always showed his struggles as Peter first, and as Spider-Man second. I think that Raimi new that adding another villain would mean sacrificing a lot of those scenes; it certainly did in the sequel.

Spider-Man 2 is the rare superhero sequel that doesn’t go bigger for the sake of it. Instead, it told an action packed story about a bunch of complicated people and their problems. And not an infinity stone in sight.

Check out the rest of the Spider-Man cinematic retrospective here! If you enjoyed this article and want to see more stuff like it, go ahead and consider supporting us on Ko-Fi!

(header image via Den of Geek)