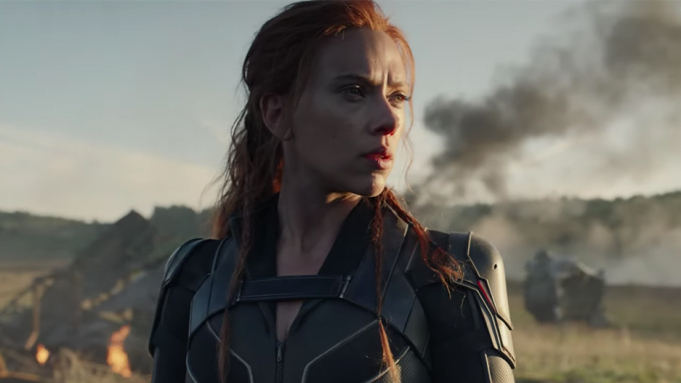 We take a break from your regularly-scheduled Oscar Season programming to talk about Marvel (again). Specifically, the new Black Widow trailer. With the actual movie out in just a couple of months, it’s time to talk about what Natasha Romanoff’s solo film will actually bring to the table – and if we need it at all, actually. Let’s jump in!

0:07: Oh, it’s just clicked for me that THIS trailer release was why Scarlett Johansson was on RuPaul’s Drag Race this week. Presumably trying to ingratiate herself again after, you know, all of that. And that.

0:11: These shots from various MCU films featuring the Avengers just remind me how badly ScarJo was underused in the main Avengers series. I get it, there were a lot of balls in the air, but they still waited way too long (eg, after her main series story was actually over) to actually make her the focal point of her own movie like this.

0:16: Oh, look, the one good shot from Age of Ultron. I’d nearly forgotten about you completely.

0:19: Eternally in love with the idea that slapping a fringe on a gal turns her into the younger version of herself. All age is stored in the forehead, ladies, take note.

0:43: I am SO GLAD that Florence Pugh is in this movie. I get a little tired watching every good actor get swept up in the comic book movie machine, but since this film is basically an extended flashback, I’m hoping that it means she’s not going to be perma-trapped in the franchise after this, and can just turn in a one-shot performance that isn’t trying to build to something for a future film (one of my pet peeves for franchise’d movies like Marvel’s).

0:48: Aaand I just found out that part of this movie takes place in present day and that Pugh is playing another iteration of Black Widow, presumably one we’ll see more of in coming movies. So much for that.

0:51: David Harbour flexing in the mirror covered in tattoos and with a juicy beard is how I feel every time I finish a weightlifting session. Also, David Harbour’s Questionable Fathering Skills Cinematic Universe, please.

1:06: If all this movie’s action scenes try to pull off is recapturing the magic of the Winter Soldier’s car chase, I’m fine with that.

1:16: I haven’t seen Ray Winstone in anything other than betting ads for so long that I’d almost forgotten he was actually an actor. This is precisely the kind of role I’d like to see him in, though, so I’m here for it.

1:40: Timeline-wise, the majority of this movie is set to take place after the events of Civil War, and I’m really curious to see how it’s going to fit into the rest of the franchise as a whole. How’s it going to impact her character in the rewatches of those films? Was this story worked into the timeline before those other films were created, or is the fact that there will be no references to it in them going to look immeasurably silly? I’m very keen to find out.

And that’s us for this trailer – it looks pretty standardly Marvel, albeit with a few more comedy Russian accents than before, but it’s nice to see the franchise’s original female lead get the love she so obviously deserves. I still think this movie has come too late in the game for it to feel as urgent and neccessary as it would have before Nat’s on-screen death in Endgame, but as long as David Harbour is here to flex and Florench Pugh is here to act, I’m here for it.

What do you think of this trailer? Are you excited about the solo Black Widow movie, or have you lost interest by now? Let us know in the comments below!