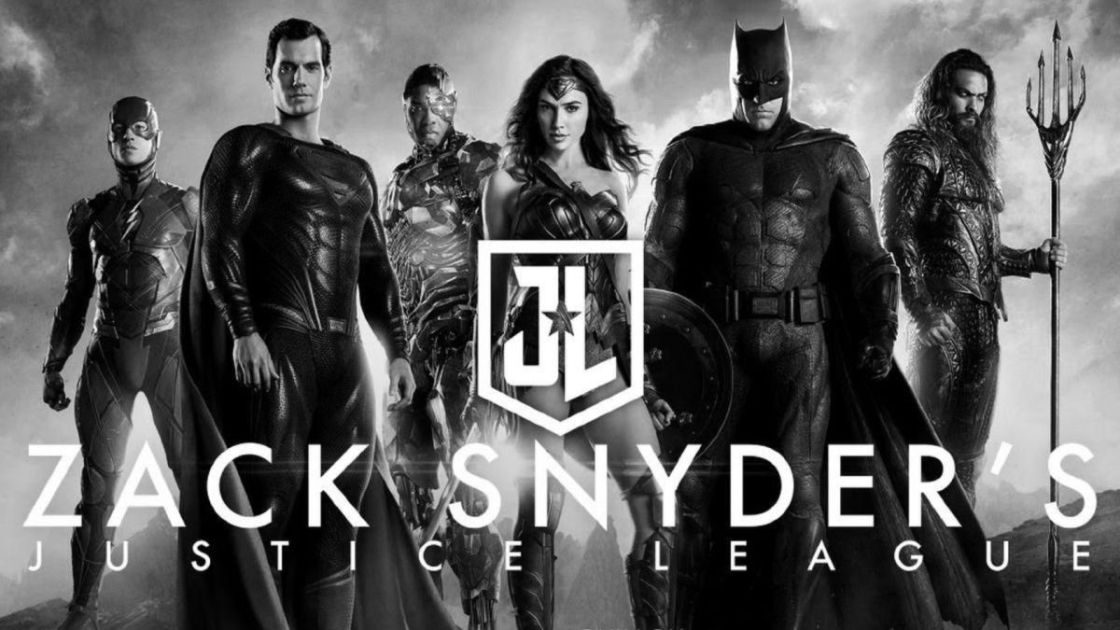 Just over forty years ago, there was a film released that was so expensive and so dreadful and so wrapped up in its director’s grindingly specific vision that it nearly broke Hollywood. That film was Heaven’s Gate, a film so toxic that it finished off the New Hollywood era where personal character studies (like the one that Joker pretends to be) were replaced by blockbuster escapism, and just for good measure, killed the Western too.

Most of you will probably have heard of Heaven’s Gate, maybe due to it’s comparison to Zack Snyder’s Batman Vs Superman: Dawn of Justice – another film that is undone by its ambition, singular but dreadful vision, and the fact that its director doesn’t know how to tell a story. Yet Heaven’s Gate, though it is now considered a classic in some quarters, never got a sequel because its director, Michael Cinomo, wasn’t backed by the fan power to passionately advocate for more, more, more of that contemporaneously-considered cinematic garbage. Throw in Warner Bros seeing an apparent chance to make amends for the messy production of the first movie and make a tidy profit in the process, and it seems that, in 2021, directors who make three bad films in a row just don’t fail like they used to.

That’s what The Snyder Cut amounts to. After hashtags, tribalism, and Snyder fans turning a blind eye every time we try and engage them about the reasons they like his DC films so much, I’m left baffled at not only the very existence of this four hour long monstrosity – I’m further mystified that people think it’s actually good. A lot of reviewers are saying that it’s what Snyder fans want, and it might will be, but that isn’t the same as quality. Snyder is one of the only directors (the other is Michael Bay, and maybe Christopher Nolan, if you really want to go there) where their flaws, while not always seen as strengths, are seen as part of said creator’s idiosyncrasies and part of the package deal of their art. The Snyder Cut is supposed to be this masterpiece, but it’s really a the culmination of an artistic vision that was flawed before the DCEU even existed. Zack Snyder the guy who missed the point with Watchmen even as he used the comic to meticulously storyboard his damn adaptation. Why did we think that he would be able to fix this in a way that, in terms of filmic quality, actually mattered when he couldn’t even get a photocopy job right?

Watching Justice League reminded me of watching The Walking Dead post season four. I was reviewing the show at that point and, whenever the grinding season plots paused and a genuinely great single episode bobbed its head up, I realised that I was giving The Walking Dead credit for remembering how to tell a story, to have themes, character arcs. Y’know, proper story shit. That’s what watching the Snyder Cut felt like. Yes, unlike the Joss Whedon version, there are prominent character arcs for Cyborg, The Flash, and Aquaman, but they are pretty basic and even a little boring. I’m giving credit for the bare minimum, because I didn’t even expect this movie to meet that, based on previous viewings of Snyder’s work. So, check, Zack, you remembered some of the characters need to be actual characters instead of symbols. Good job, bud, you’re a real director now.

Actually, no, scratch that last part, because The Snyder Cut is still very much a DC-vrese Snyder movie – and that means it’s ugly as fuck. I complained about this when I covered the stupid black and white trailer; Snyder’s use of CGI in every frame of this film makes it look disgusting, unreal, and deeply unnappealing. Burton’s Batmans used comic book unreality in a way that’s visually engaging and genuinely gorgeous. I get that Snyder’s going for that comic book panel feel like he did with 300, but I might as well be watching a fucking animated movie at a certain point (and not a well-animated one, at that). This means that nothing has any weight, Steppenwolf, who doesn’t look any better in my opinion, is still just a CGI villain that Superman can just flatly punch. The one time this didn’t bother me was when The Flash entered the Speed Force in the final battle, that was actually epic and a little beautiful. But the rest of the time, we’re facing some seriously dodgy effects, and some graphics that look straight out of a PS2 cutscene.

The team itself still doesn’t have a tenth of the chemistry that the Avengers do; not that I think the Marvel world is the mark against which everything else should be considered, but it’s the closest point of comparison we have to this, and one that’s impossible to deny. The team is disjointed, the strange pacing and timing leaving them feeling sprawled out till far too late in the movie, and never feels like a cohesive unit in the way that they need to. I’ll get to Batman in my Batman series (I have thoughts!) so let’s talk about Superman. I know I haven’t mentioned Wonder Woman – and that’s because I’m still living in a world where only her first movie knew what to do with her. Apart from a cringe-worthy moment where she and Bruce put their hands on a computer mouse at the same time, neither Gal Gadot nor this new cut bring much more of note to Diana.

Of course, we have to talk about Cyborg, and, more specifically, Ray Fisher. Now, if there’s something to be glad to the Snyder Cut for, it’s finally giving Fisher what he was promised and what he deserved from this role. Fisher alleged abuse from Whedon on the set of Justice League, and many viewers noted at the time what a shift there seemed to be from Cyborg’s front-and-centre role in the trailers to his complete and near-comical sidelining in the Joss Whedon, 2017 cut. Looking at this version of the film – which seems to much more accurately reflect the original role intended for Cyborg and Fisher – it’s almost gobsmacking to me what a difference it makes, and how apparently willing Joss Whedon was to upend his version of the film over what seems to be a dislike of Ray Fisher himself.

Because Cyborg at the centre of this movie just makes sense. Fisher is probably my favourite performance in this entire film; despite a strangely compressed timeline revolving around his powers, he manages to find some genuine moments of humanity and magnanimity. If the movie has any good character moments, they come from Fisher, especially navigating his grief at the loss of his parents. More importantly, though, Cyborg just feels like a more solid piece to build the movie around – looking back, it’s easy to see where his absence irrevocably damaged Whedon’s cut of the film. In the 2017 version, Cyborg hovers awkwardly around the edges, while the Flash (in a very different, Xander Harris-ized take which is thankfully missing from this version) steps up to fill in those blanks. The film so obviously and clearly works better with Cyborg and the Flash’s roles more evenly balanced that it’s genuinely difficult to wrap my head around the idea that somebody would willingly make their film so obviously so much worse because of what seems to be an on-set feud. This movie is, at least, distinctly more respectful of Fisher’s talents, and I’m genuinely glad that he got what he wanted from this series after being (apparently) so badly mistreated by Whedon on the initial shoot.

When it comes to the rest of the cast, Superman is Snyder’s biggest failure. He’s a plot point, a symbol, but in three movies that close in on half a day long, I still couldn’t tell you who this guy is. He’s brought back from the dead, fights and defeats his future teammates (which only backs up the fact that if you have Superman, you don’t actually need the Justice League) and goes off with Lois. From there, we get nothing about how this dude feels about being dead for so long, and in a movie that has a slow motion shot of Amy Adams putting a fucking coffee cup down on a barrier, you would think it had time to ask Clarke what it was like being dead.

There is the flaw. Clarke Kent has never been in these films, and he doesn’t show up here. Superman is meant to be Justice League’s secret weapon, but he still just cares about Lois and maybe his mother to the point that the story is setting him up to go evil when Lois dies. With a painfully wooden Cavill hardly able to bring anything more to the role, we’re just left with a handsome block of wood who likes Amy Adams and doesn’t seem to spend much time thinking about anything else.

I believe that’s why Clarke is such a nonentity in these films. Think about what Christopher Reeve did with the character, or Dean Cain with The New Adventures of Superman, even the newest TV version of the Man of Steel with Tyler Hoechlin. They give us that juggling act of Clarke and Superman, showing that he is a guy who grew up on a farm in Kansas while also being a God-like figure who saves cats out of trees. Snyder’s guy just moodily saves people, never engages in any real discourse with them (you destroyed a city, bro, you have to answer for that), and only listens to his dead fathers reminding him of his Ubermensch status before gothing up his costume. I don’t know what the black suit symbolises in the comics, I’m not supposed to – the Snyder Cut should be telling me why it’s important to change from the iconic blue and red suit. Instead, he tosses it on, we get some more Jesus imagery to make sure that we focus on the inhuman in this character instead of the human, and it’s off to Russia (where else?) to easily despatch the middleman villain. This isn’t Clarke – it’s a Kryptonian, and that distant remove of this character from something more grounded in real humanity (just having a love interest isn’t enough) strips him of the vital Clarke-ness of this character.

Is this film an improvement on the original cut? There’s no shadow of a doubt that it is. Despite it’s bloated runtime, the inability to turn Superman into something more solid, and those grey, grey, grey fucking visuals, it soars easily above the vindictive and dreadful mess of the original, which served mostly to underline Whedon’s own worst habits. But is it a good film in it’s own right? I don’t think so. The problem is that Snyder doesn’t care about small moments, and his cut is just a four-hour big moment that never feels big because there is nothing small to compare it to. Joss Whedon’s a dick, but he filled his Avengers movies with character moments that did the hard work for us to care in the first place. I just don’t see that at the level it needs to be here – especially given there are four hours to get there. I don’t think I’m supposed too. I’m not in these movies, there’s no one for me to relate to, even in a boorish male fantasy sort of way. Snyder showcases these heroes as the new gods, the end point to their arcs being some kind of ascension, while we mere mortals are just here to worship them. But I’ve got to tell you, Zack – I can’t think of anything emptier than worshiping your version of these characters.

If you liked this article and want to see more stuff like it, please consider supporting us with a donation on Ko-Fi!

By Kevin Boyle and Lou MacGregor