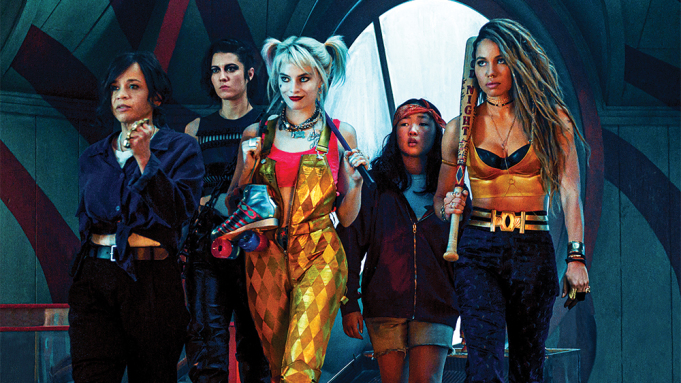 Alright, loves, it’s Oscar season! Not only does that mean we’ll be reviewing all the Best Picture nominees for your reading edification (and so that you can sound terribly well-watched at dinner parties), but we’re also sharing our alternative Oscar nominations – the films, directors, and performances that we think deserve some love this year. Our nominations are below, our winners in bold – and our attempts to explain it all at the end of each category (as well as links to relevant reviews and articles where we had them!). Are there any other movies, actors, or otherwise that we’ve missed? Let us know in the comments below!

The Vast of Night

Winner: Further proof that, even when the genre produces intimate masterpieces like Relic, horror still gets ignored by the Academy. Relic, which was also my film of 2020, is that perfect creature of storytelling, where real life and metaphor come together to create something that is both rewarding and terrifying.

Andrew Patterson – The Vast of Night

Winner: Look, Birds of Prey is a soaring achievement in blockbuster cinema. Joyous, energetic, gorgeous, referential and reverential without ever losing sight of it’s crowd-pleasing roots: I can’t think of anyone who deserves this more than Kathy Yan, for managing to turn a S*****e S***d sequel into something genuinely brilliant.

Winner: I only let Kevin choose Relic for the best of the year if it meant that I could espouse on the brilliance of everyone in His House. For me, this performance from Sope Dirisu is one of the most criminally underrated of the last twenty years – emotionally dextrous and commanding, it’s one of those astounding leading turns that manages to lift a good premise into an almost unbelievably brilliant human story.

Winner: Much as I was tempted to go with Betty Gilpin’s working class action hero turn in The Hunt, this is all about Haley Bennett in Swallow for me. Probably one of the biggest snubs of the Academy this year, Swallow is one of those difficult, challenging, and genuinely lingering films that demands a compelling and very human lead performance to work. Bennett delivers just that, in an at-times painfully raw but ultimately empowered turn.

Bruce Davis – The Vast of Night

Winner: More love for Swallow in this blog? More likely than you think. It was only thinking about writing this article that made me realize just how little screentime Denis O’Hare actually has in this movie – functionally, one conversation with our leading woman – but what a fucking five minutes it is. Playing a rapist grappling with the impact of his assault on the woman he attacked, it’s a complex, demanding performance, but O’Hare proves once again that there’s nothing he can’t bring an elegant and distinctly grounded sense of reality to.

Winner: There are some incredible performances in this category but we have to give top spot to the most obscure of the lot. Shook is no masterpiece, but it’s as fun and deranged as it’s fantastic villain, played with gusto by Emily Goss. Men have been awarded for chewing the scenery thousands of times so let’s give some credit to an unrepentant female villain.

If you enjoyed this article and want to see more stuff like it, please consider dropping us a few bucks on Ko-Fi to support out work!

By Kevin Boyle and Lou MacGregor