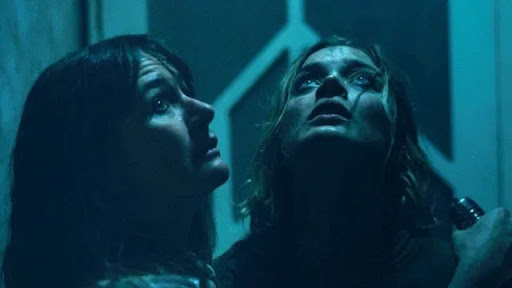 With the way things are this summer, there are very few opportunities for a small film to make a big splash.

Amazon had a modest hit with The Vast of Night, but that’s an example of an anomaly rather than the norm. Relic, the directorial debut of Natalie Erika James, feels like one of those films that, in any other year, would have a similar word-of-mouth impact as Hereditary and The Babadook. It’s a small, intimate horror story that communicates the distress and confusion of a mind breaking down and the ripple effect that has on a family as a whole.

Relic is a story of three generations of women. Emily Mortimer plays Kay, who has taken time off from her busy life after her mother Edna (Robyn Nevin) goes missing. Joined by her own daughter, Sam (an excellent Bella Heathcote), Kay searches for her mother, who is showing signs of dementia. The early twist is an effective one – this isn’t a search-and-rescue narrative, as Edna reappears as inexplicably as she disappeared. It’s here that the film takes a darker and less expected turn.

The best horror movies, in my opinion, are the ones that couch their horror in a recognizable metaphor. For instance: The Babadook is grief, depression, and insomnia given form. The slasher villains of yesteryear are symbols of American puritanism with a cool makeover and a hockey mask.

Your enjoyment of Relic will depend upon how much you like metaphor horror. When the metaphor is the engine of the horror, then things can get a little confused; Relic is no different, as things take a turn for the weird and nonsensical after Edna’s reappearance. Usually, when a metaphor takes over a story the first thing to go is logic. Relic becomes more and more illogical as the film goes on, but in a very clever way: Edna’s dementia begins to warp and change the story which she is the catalyst of.

I can think of nothing scarier than losing your mind, yet when we tell stories that feature dementia or Alzheimers, we put the carer (usually the child of the sufferer) front and center. Relic chooses a different tack, showing Kay, Sam, and us, the audience, the fully dehumanizing effect of losing yourself. We think of our souls as separate from our own mechanical functions, but the truth is that the heart and soul are nothing but metaphors – because if your brain goes, you go, too.

Relic is a fantastic debut from Natalie Erika James. She’s crafted a deeply moving and horrible film about the loss of self that is as effective as the films that found the same success as Relic would have if this were any other summer. Don’t let it slip through the cracks.