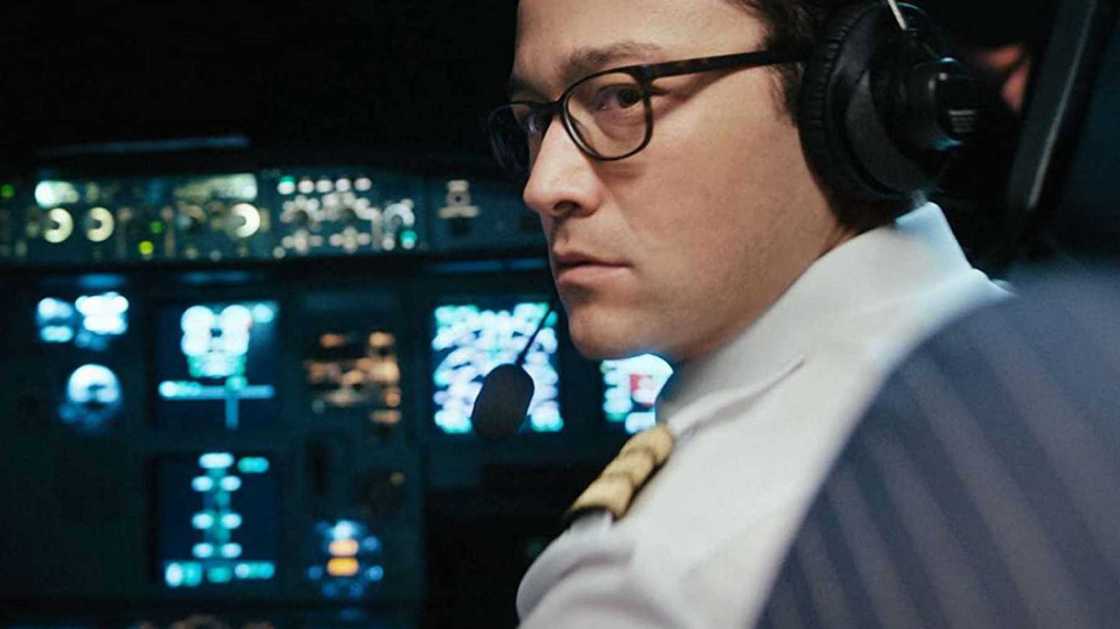 A big story in a small space that is completely character-driven; the most famous of these types of films, such as Tarantino’s Reservoir Dogs and Hitchcock’s Rope, are movies that run on an engine as simple as “who is the rat?” and “when are they going to find the body?” It’s the cinematic equivalent to a bottle episode, and who doesn’t love those?

Plane hijacking movies are the most prevalent of the modern example of the bottle movie: mainly because plane hijackings are so topical that they have become movie short-hand for fear. From United 93, Non-Stop, to Flighplan, to those Motherfucking Snakes on that Motherfucking Plane, the approach is so common that it’s starting to feel a little played out.

This is where 7500 pulls the first of its two masterstrokes, as it sets almost the entire movie within the pilot’s cabin. This is usually the first thing that gets taken out, leaving the passengers and terrorists at odds with each other. 7500 has very little of this, instead utilizing it’s second masterstroke: Joseph Gordon Levitt.

Levitt is one of the most talented actors of his generation, but his career has slowed down to a crawl in the last five years, which have seen him take a break after trying to carry movies from directors who are far past their best: Robert Zemeckis’ The Walk and Oliver Stone’s Snowden. He has been missed, and he is the main reason why 7500 is so successful – and the main reason that I was so damn happy to see it.

In fact, it’s hard to say whether 7500 would work as well without Levitt. After all it’s still full of the normal clichés as well as the requisite Muslim terrorists. Does anyone remember the apolitical (in comparison) days of the nineties hijacking thrillers when the bad guys were just British thespians with vaguely European accents?

Levitt plays co-pilot, Tobias Ellis, a mild-mannered presence in the cockpit who must go through hell in order to save as many lives as he can from the hijackers. It’s here that the movie really gets going, as Tobias must uses every ounce of cunning and creativity, and when that fails him, he just sticks to the rules. It’s a beautiful balancing act as Gordon-Levitt strips himself of his movie-star charisma to give life to a character that is pushed to the limit, a humane and engaging return to form for what I hope will be the start of a whole new decade of similarly brilliant performances.

It might have its flaws, but as an acting showcase for Gordon-Levitt, 7500 the treat that long-time fans like me have been waiting for.