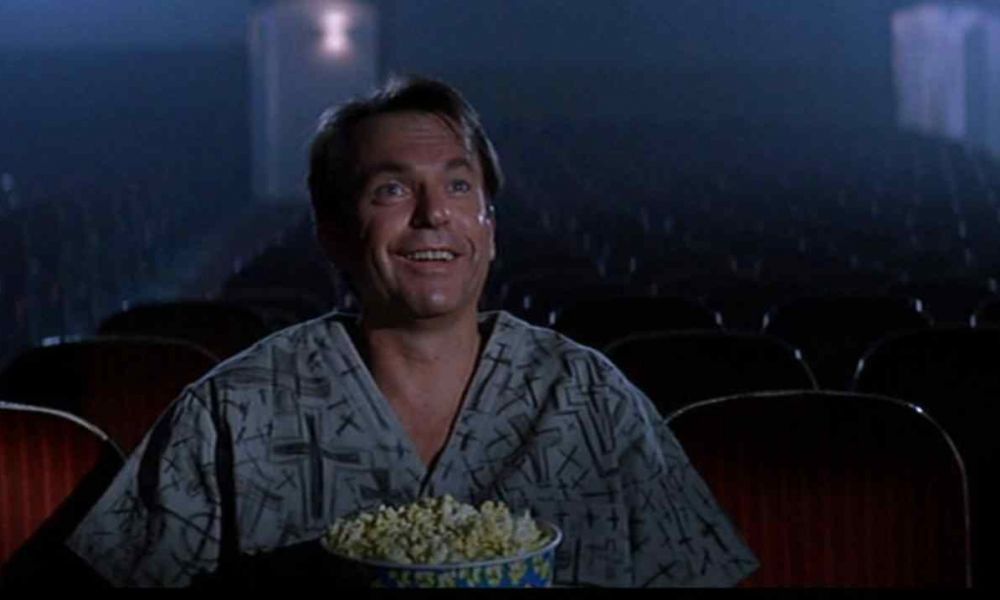 A Cinematic Guide to John Carpenter

Our last Halloween movie guide was about the cinematic works of Stephen King. Due to King’s popularity, a steady stream of interesting directors have had a go at adapting his stories. Stanley Kubrick, Tobe Hooper, David Cronenberg, Rob Reiner, and Frank Darabont. All good to great filmmakers, bur are any of them as influencial as King in the horror genre? Kubrick, Hooper, and Cronenberg are certainly in that argument, but looking at the horror movies that are popular today, there is one director whose legacy has been going strong since his eighties heyday. As the title implies, I am indeed talking about John Carpenter- so let’s take a look at his career with some classics, hidden gems, and movies that laugh in the face of definition.

What a shock. Considering that Carpenter, along with co-writer and producing partner, Debra Hill, defined the slasher genre with this brilliantly effective chiller, it shouldn’t came as any surprise that Halloween makes the list. Why not check out our deep-dive into the Halloween franchise for a little supplemental Carpenteresque reading?

I’m going to make a statement that can be taken as a huge over-generalization and will likely blow up in my dumb face soon enough: movie critics of the eighties were really fucking stupid. What other reason is there for the critical mauling that Carpenter’s creature-feature got on release? How could they miss the palpable tension, the amazingly disgusting and disturbing effects, Kurt Russell’s near-superheroics, and did I mention those special effects? The Thing is rightly regarded as a classic now, and almost forty years later, hasn’t lost an ounce of its impact.

I know, I know – but Escape from New York misses the cut on a couple of technicalities. One, it’s more of a science fiction movie than a horror, and two, Big Trouble in Little China is the greatest movie of all time. Okay, it’s more of an action-adventure movie, and, yes, I know Escape from New York could be classed as a survival horror, but this is my list and this sentence has gone on long enough. Watch Big Trouble in Little China, John Carpenter’s genre-bending, brilliant, chaotic, and totally freaky classic, because I probably thought Snake Plissken was dead.

I can understand why The Fog has become a minor work in Carpenter’s filmography. Considering he has the likes of the aforementioned classics (yes, including Escape from New York), Starman, and They Live, a relatively simple film like The Fog can become lost. Still, it’s one of my favorites –  as the tale of a small coastal town engulfed in a supernatural fog, along with an ancient curse, and a brooding atmosphere feels like a feature-length episode of The X-Files. Or Buffy. Or Supernatural, three shows upon which, now I think of it, Carpenter’s influence is obvious.

Prince of Darkness is a strange mixture of Carpenter’s early career and his genre heyday. The movie is basically a supernatural version of Assault on Precinct 13, only instead of a gang trying to take out a police station and everyone in it, it’s a bunch of homeless people surrounding a building housing a group of grad students who may have discovered the prison of the anti-Christ. While far from Carpenter’s best, Prince of Darkness is still a lot of fun, with well-engineered scares, and some great set pieces.

In the Mouth of Madness

Considered by many of the director’s fans as his final good film, it’s hard to know where to begin with In the Mouth of Madness. A meta-horror with a deceptively simple plot, the film see’s Sam Neill as an insurance investigator tasked with tracking down an eccentric horror writer before his new novel comes out. The novel and writer in question (based on Stephen King) apparently have the power to turn its readers into violent maniacs. So, basically it does the exact thing that some were afraid Joker would do. My childish digs aside, I’ve only scratched the surface of whats going on in In the Mouth of Madness. It’s really no wonder Carpenter never made another good film after this. How could anyone follow it up?

Escape from LA is a terrible movie, but it’s also a very enjoyable one. While it’s inferior to New York in nearly every way, it gets away with existing by turning everything ridiculous about Snake Plissken and the world he inhabits up to eleven, and then some.

John Carpenter has made some dreadful movies, movies that I couldn’t in good conscience recommend. As I search amongst the rubble of the disaster zone his career became after Escape to LA, I have decided that the best movie from this time is also his last movie, The Ward. Make no mistake, The Ward is a piece of shit, but it’s an interesting genre exercise in the time where the likes of Insidious were bringing the horror genre back to spooks over gore.

Are you in the horror mood now it’s spook season at last? Check out the rest of our horror movie writing right here under the Halloween Season tag!