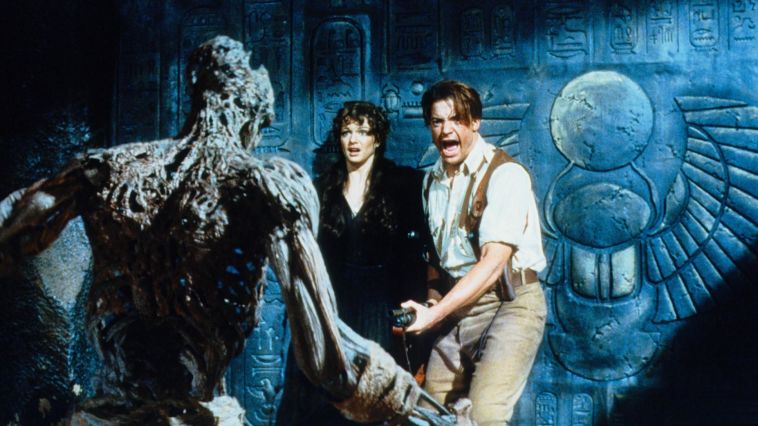 Scare Your Kids: An Ode to the Family Horror Movie

You know what’s a grotesquely underrated side of horror cinema? The family horror. Yes, okay, maybe that sounds somewhat hideous when I put it like that; gather round, kids, it’s time to get the poo scared out of you! Family horror gets a bad name – too softcore for the adults, too spooky for the kids, leaving nobody satisfied. But hear me out!

When I was but a child, I was the most agonisingly neurotic mega-nightmare you’d ever come across. Now, I hoover up horror movies like they’re the only kind of cinema that actually exists. The connective tissue between those two things? The family horror movie. What I’m saying is, scare your kids, guys, and maybe one day you’ll be lucky enough to see them run a small-fry movie site where they talk about how great Rob Zombie is. The dream, right?

Anyway. Making a family horror is a difficult thing; you can’t rely on abject gore to unsettle, nor uber-violent murder, or anything that strays too close to real-world horrors. In some ways, it encourages more creativity from filmmakers to land those super-scary scenes without tipping over into anything that’s going to have parents shielding their children’s eyes in disgust, and that’s one of the things I love so much about it.

Take iconic classic The Mummy (one of the greatest films of all time and no, you won’t convince me otherwise, what are you, made of funlessness?): that’s a film which still lands some serious scares, but it has to build them from the ground up, in atmosphere, silhouette, implication, and consequence. Would the film be half as good if it showed the Mummy sucking out the eyeballs of the hapless American adventurer? Probably not. It’s what we don’t see, in that classic adage, that is so much more important.

Or consider Joe Dante’s excellent and underrated The Hole (appropriate, since he all but invented this genre with the twisted brilliance of Gremlins). The monsters that emerge from the titular Hole are animated in stop-motion, even when they’re played by actual people, and it’s this uber-simple diversion from reality that gives the film such an unsettling edge, without a reliance on anything too adult. Even when it takes on heavier subjects, such as domestic abuse, it uses that unreality to allow even a younger audience to take it in without it all getting too HBO.

And, of course, there is the stalwart classic of family horrors: the horror-comedy. Stuff like The Addams Family or The Frighteners let audiences get into the tropes of the genre without worrying about things getting too intense. Horror is, by its very nature, a somewhat ridiculous genre, and the horror-comedy is something that even the most prestige of horror movies should be able to embrace; some of my favourite adult horrors are ones with a strong shot of humour right down the middle (see: An American Werewolf in London, Cabin in the Woods).

Family horror has a bad rep, but some of my favourite movies of the entire genre fall into this category. Outside the reliance on violence and overly-edgy Adult action, horror is boiled down to the parts of it that I enjoy most: inventive monsters, a sense of humour, and most of all, a good, clean scare. And what’s not to love about that? Scare your kids, everyone – in the name of good cinema.