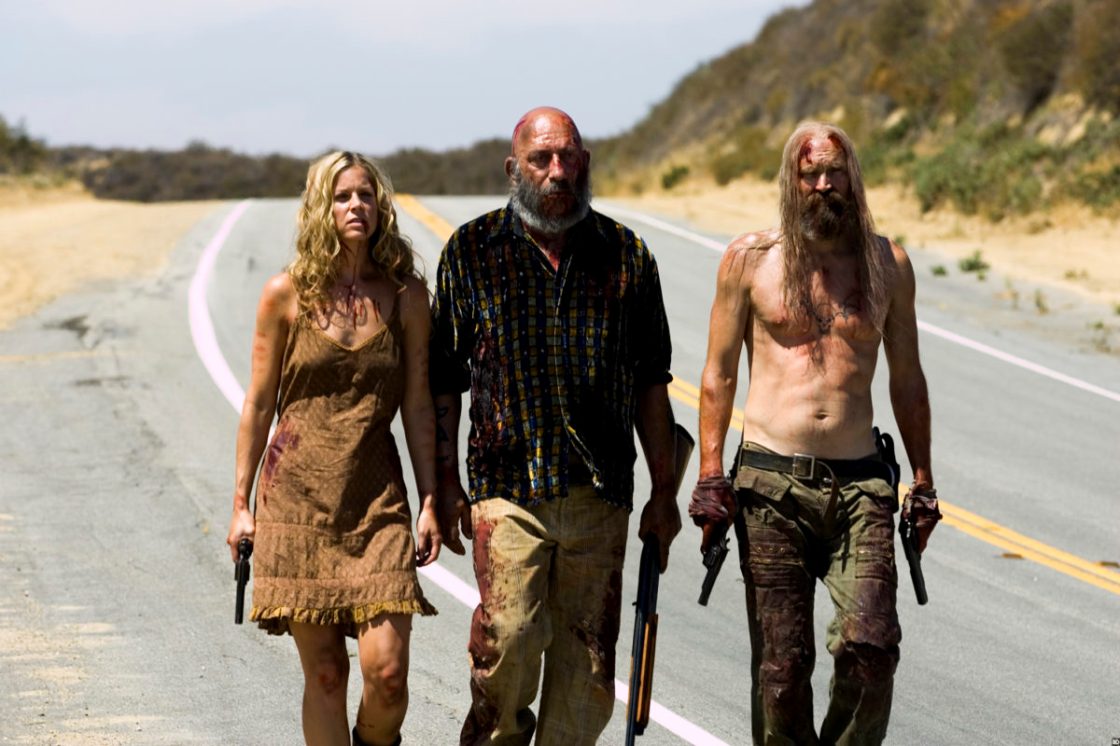 Anatomy of a Career: Rob Zombie

anatomy of a career, Uncategorized by thethreepennyguignolFebruary 13, 2019

Which directors do you follow with genuine interest? Maybe you like the indie-turned-blockbuster trajectory of Rian Johnson; maybe, for some fucking reason, you want to keep subjecting yourself to Nicholas Wendig Refn. For me? There’s only person I really follow, the same director I’ve followed for the last fifteen years. And that’s Rob Zombie.

Rob Zombie’s career actually started three years before the actual release of his first movie, in 2000, when he produced his now-debut feature House of 1000 Corpses. After a successful music career spanning several decades, Zombie took on his very passionate love letter to 1970s exploitation horror movies, like The Hills Have Eyes, and smashed it into horror icons like Bill Moseley and Karen Black, threw in some necrophilia and fish-boys, and swiftly saw it shelved by the studio.

A few years before the ultra-violent wave of franchises, like Hostel and Saw, rose to international success, it’s not surprising that people balked at the thought of releasing this undeniably ugly but delightfully singular horror flick. It wasn’t until three years later that Zombie managed to re-purchase the rights to House of 1000 Corpses and release it himself. While it made back the tiny budget it was shot on, it was critically panned at the time – though drew the attention of a number of die-hard grindhouse horror fans, developing a swift cult following that elevated Zombie beyond the hoardes of direct-to-DVD horror first-timers.

In 2005, Zombie released the sequel to House in the form of The Devil’s Rejects. Picking up where House of 1000 Corpses left off, and following the remnants of the ultra-violent Firefly family on a horrifying road-trip across America, this was where Zombie’s distinctive voice really began to develop: somewhere between textbook Tarantino and golden-age Tobe Hooper, Rejects is a film with genuine artistic merit, no matter how off-putting you find the horrible (occasionally hilarious) violence within. And returning actors Bill Moseley and Sid Haig (as well as Sherri Moon Zombie, Rob’s wife, who we’ll get to later) put in some of the most Oscar-snubby horror performances I’ve ever seen. This was the first Rob Zombie film I ever saw, when I was going through my frantic horror-bingeing teens, and I was instantly drawn in by it: amongst all the vile, violent shit that I was watching, there was something handsome in this horribleness. And that ending – God, it’s a masterpiece.

But, despite earning a small, passionate cult following for his work, it was with Zombie’s next two movies that he would rise to a broader cinematic audience, with his much-hyped 2007 remake of John Carpenter’s Halloween. Now, we’ve written about this film before, so I won’t rehash too many of the arguments I made in its defence, but I will say this: Zombie’s previous movies show a adulation for the period of horror that Carpenter and Halloween helped define, and I have a lot of respect for him for not taking that adulation and turning it into an avid, nerdy, overly worshipful remake of the original. If I wanted John Carpenter’s Halloween, I would watch it: this version of the story is something new, and, with Zombie’s distinctive crisp visual style in full effect, this is a movie I’ll fight you over.

But, for the most part, the movie proved deeply unpopular. Despite some pretty decent critical responses, fans of the original movie felt that the deep-dive into Michael Myers’ past only served to undercut his fearful nature, and even John Carpenter himself criticised the decision. This period of the mid-noughties was cluttered with grindingly dull remakes of classic seventies and eighties horror, and Zombie’s Halloween, despite some bold stylistic and storytelling choices, is usually lumped in with that batch. He followed it with a sequel, that honestly even I won’t sit here and defend too intently. Many fans of his earlier work were sad to see him move away from his own singular vision and into remake territory, while many fans of the Halloween franchise dismissed his remake outright.

Enter The Lords of Salem. Made on a budget of just $1.5 million, it was the first movie that Zombie had complete creative control over – starring Sherri Moon Zombie alongside a cast of horror veterans (Patricia Quinn, Ken Foree, Dee Wallace, to name but a few), it follows a middle-aged woman drawn in by the apparently Satanic music of a mysterious band called Lords of Salem.

I reviewed Lords of Salem when it came out, and I have been a passionate defender of it ever since. It’s bold, it’s big, it’s different – it blends Lynchian nightmare imagery with proto-Scott Derickson scares, and if a director with a better reputation and who wasn’t named after a fictional reanimated monster had made it, I really think it would have been considered the classic that it justly should be. Sherri Moon Zombie, who features in the rest of Zombie’s ouevre, has never been my favourite actress, but there’s a relative nuance to her performance here – not a caricature, but a person. Richly layered with themes and gorgeous visuals, the critics who did like it loved it, hailing Zombie’s commitment to his own distinct style and artistic choices. Edging towards auteur territory, Zombie had sealed a dedicated fanbase, and even seemed to be getting some of the critical respect he deserved.

A long break followed Lords, broken by 2016’s 31 – an intensley shlocky and intensely fun side-show nightmare gathering of all the horror greats he’d worked with in previous movies, it’s confident, assured, a little messy, but ultimately fun and a confirmation of Zombie’s commitment to the grindhouse subgenre above all else. His next movie, 3 From Hell, out later this year, will act as the third part of the Firefly family trilogy, as started by House of 1000 Corpses and The Devil’s Rejects.

I understand why people balk at the very idea of Rob Zombie, I do. It’s not just because he stuck his fingers into one of the most-loved horror franchises of all time and decided to put his own spin on it – it’s not just snobbery because he makes movies in a genre that is generally seen as less-than. Every single one of his films, in their own way, are profoundly horrible. Discomforting, violent, sexually aggressive; there’s a lot here that I just don’t blame people for wanting to give a miss to. In fact, if I had come to him now, instead of a decade ago, I probably would have watched forty minutes of The Devil’s Rejects and called it quits, sticking him away in the “derivative” box in my mind. And that’s why I’m so glad that I didn’t: that I took the time to get to know his films and actually fall in love with them, to be able to take stock of his distinct visuals and singular outlook and enjoy every minute of it. He’s not for everyone, sure, but if you’re looking for horror that pushes a little deeper – both artistically and in terms of sheer horribleness – Rob Zombie is the way to go.