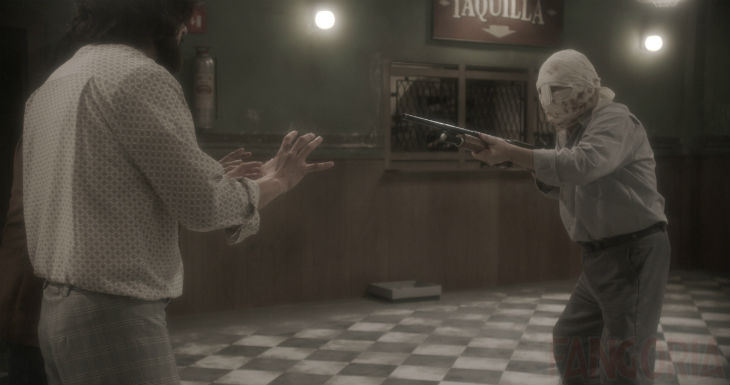 A Heap of Historical Horror Movies

Maybe it’s just because I’ve been up to my ears in history books this week, but I’ve been thinking a lot about the world of historical horror lately. And then, I realized, to my gasping shock and dismay, we’ve never put together a recommendation list of movies in that very genre! And I knew I had to put that right. Let’s get into some of the best historical horror we here at No But Listen have under our Victorian-era bonnets!

Here at No But Listen, we’ve been unhinged about The Little Stranger since it first came out; a terribly overlooked adaptation of Sarah Water’s brilliant novel, it’s a haunted house horror set in 20th-century England that deals with class, trauma, and war over the course of a couple of genuinely unsettling and atmospheric hours of screentime. With outstanding performances from Donmhall Gleeson, Ruth Wilson, and an exceptional Will Poulter, it’s one of those movies that lingers long at the back of your mind. Which is why I’m putting it in a list four years after it came out. Tells you everything you need to know, right?

Set against the tense backdrop of late-60s Mexico, Los Pareceidos draws on an uneasy setting to ground an absurdist horror nightmare. A group of people trapped in a bus station together find that they’re all developing the same face – and, not unreasonably, start to go a bit mental over it. There’s a great balance of the silly, the serious, and the genuinely unsettling in The Similairs, and the retro look of the movie adds to the Twilight Zone-esque oddness of the premise.

3. A Field in England

What would this list be without Ben Wheatley’s outstandingly unsettling 17th-century bad trip A Field in England? If you enjoyed his latest, In The Earth (hint: I fucking love it), A Field in England is an excellent companion piece, set against the backdrop of Britain in civil war and featuring a tremendously slippery leading performance from Reece Shearsmith. The black-and-white colour palette adds to this almost folklorish feel of the movie,

From Hideo Nakata, director of the utterly brilliant J-horror classic Dark Water, came Kaidan – an 18th-century horror spanning generations of the same family after a murder leaves a curse behind. It’s a good old-fashioned ghost story with some really spooky sequences – Nakata knows how to twist the knife (or, indeed, scythe) to make the scares land, and the deftness with which it handles its themes of indolence versus action are genuinely fascinating. This is a movie from a director deep into his career who knows just how to make the spooks linger longer than they have any right to, and it deserves to be put on the same pedestal his previous work has been given.

(header image via Taste of Cinema)