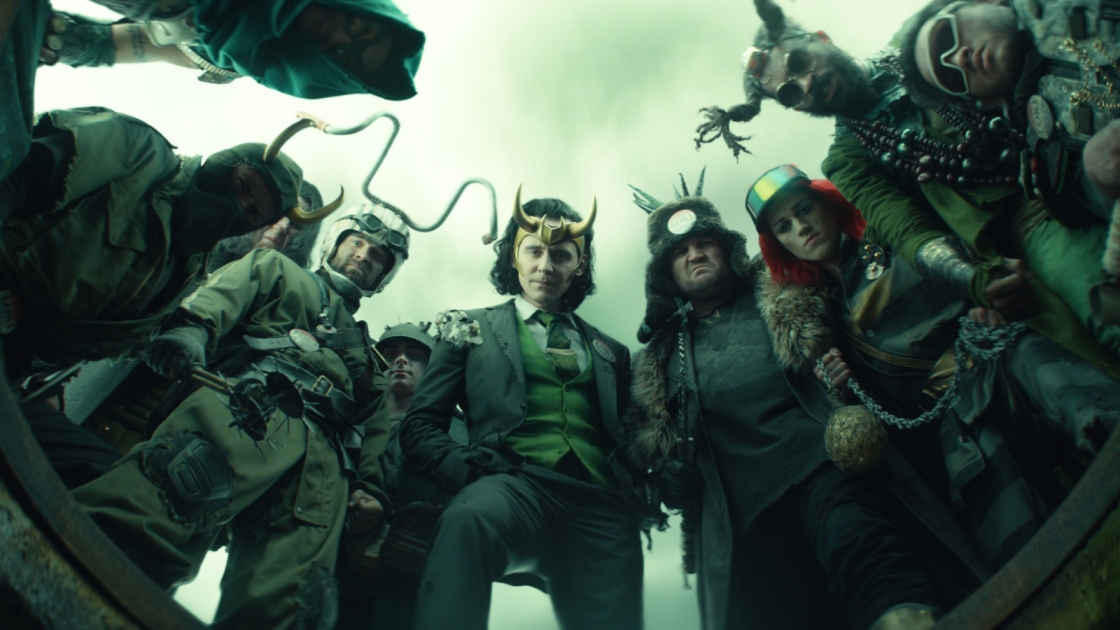 No one ever really dies, and that goes double for superhero stories. At first glance, it looked like Loki’s tale of jealousy, villainy, and redemption had run its course from Thor to his noble demise at the giant purple hands of Thanos at the start of Infinity War. On second glance, it looks like… yeah, his story is over, but that’s not how comic villains do things. The question is, do we want them to die for good? After all, Ryan Coogler and Michael B Jordan are constantly asked about a possible return of Killmonger despite him choosing to die in a manner befitting his struggle at the end of Black Panther. Money talks, Tumblr walks, and now we have a Loki TV show in which he has to come good or bad all over again to run.

Loki is the MCU’s first villain-fronted story, and they picked the right villain for the job. Loki has a lot of flaws but, for me, this show does make a good case for its existence due to how brilliant Loki, and Tom Hiddleston’s performance of the trickster, truly are. This focus on a non-heroic character (to begin with) does feel like a nice change to the po-faced super-heroic equivalent that the MCU usually gives us. The problem is that this is the show’s only success.

A female version (sorry, variant) of Loki doesn’t work half as well as Loki needs it to. While I like the character, her relationship with OG Loki takes a little too long to come into focus. Sylvie is a solid addition to the MCU, and Sophia Di Martino and Hiddleston have great chemistry, but there are too many things in this show that feel like they’re being forced to happen (I know, and I’ll get to it).

The Lokis crushing on each other is brilliant in its inherent narcissism, but we spend too much time with Loki mucking about with the Time Agency, and not enough getting to know Sylvie. There’s a great scene on the train of a dying world where they share a conversation on their queerness (and no, I’m actively not give Disney diversity credits by being powerful enough to go slower than everyone else) but their romantic beats always feel rushed. This is what happens when you begin with Loki post-New York. All the time the show spent trying to catch him up to his murdered self’s morality could have been spent with getting Loki and Sylvie together quicker. I realise that this is a different Loki, but the MCU is the only studio that can rely on the lion’s share of its audience having seen absolutely everything and not needing a crash course to catch them up.

It’s Kang, whatever that means. How do I know it’s Kang? Not because of the story that introduced him and had him talking for most of the finale, but because I read that the same actor, playing the same character, is going to be in the next Ant-Man. Yes, behind the fake Time Masters, at the end of the universe, is some twitchy guy who doesn’t want his job anymore. The reason that this reveal is underwhelming is not that it’s supposed to be (though it is tailored to be a little, deliberately disappointing). It’s that superhero story-telling has completely nullified the excitement of these reveals.

Remember when a movie or TV show could just reveal a new character, one that is completely fresh to the story? That barely exists anymore. Instead, we have comic-mandated stories, romances, and villains. Gone are the days where someone like me can be excited about who the purple guy in the Avengers post credit scene is. Now, we are left with the existence and analysis and theorizing of source material that has taken the surprise out of a moment like the reveal in Loki. Look at Negan in The Walking Dead, comic fans knew for years that he would turn up at some point, but his reveal was analysed to death before it even happened only to end in obvious disappointment when he finally turns up. I think that the same thing has happened here with Kang. The Loki creative team took the better route in just introducing the man who controls time. He doesn’t need to have a “My name is Khan” moment because his power speaks for itself. Yet the impact of the character is blunted when he reveals that he is, inevitably setting up appearances in movies down the line instead of as a natural conclusion to the show’s arc.

Loki is a first season, rough around the edges and still trying to find its best story. It feels more connected to the MCU than WandaVision, and has more consequences than The Falcon and the Winter Soldier, but it also, and unlike the others, can get lost in its plot when it should be focusing on its characters. Despite my disappointment, I’m happy about the second season as it changes my expectations about the show now that I know that the story isn’t finished. Much like it’s titular god, Loki is likable, but needs work to fully thrive.

If you enjoyed this article and want to see more stuff like it, please check out the rest of our MCU retrospective, and consider supporting us on Ko-Fi!