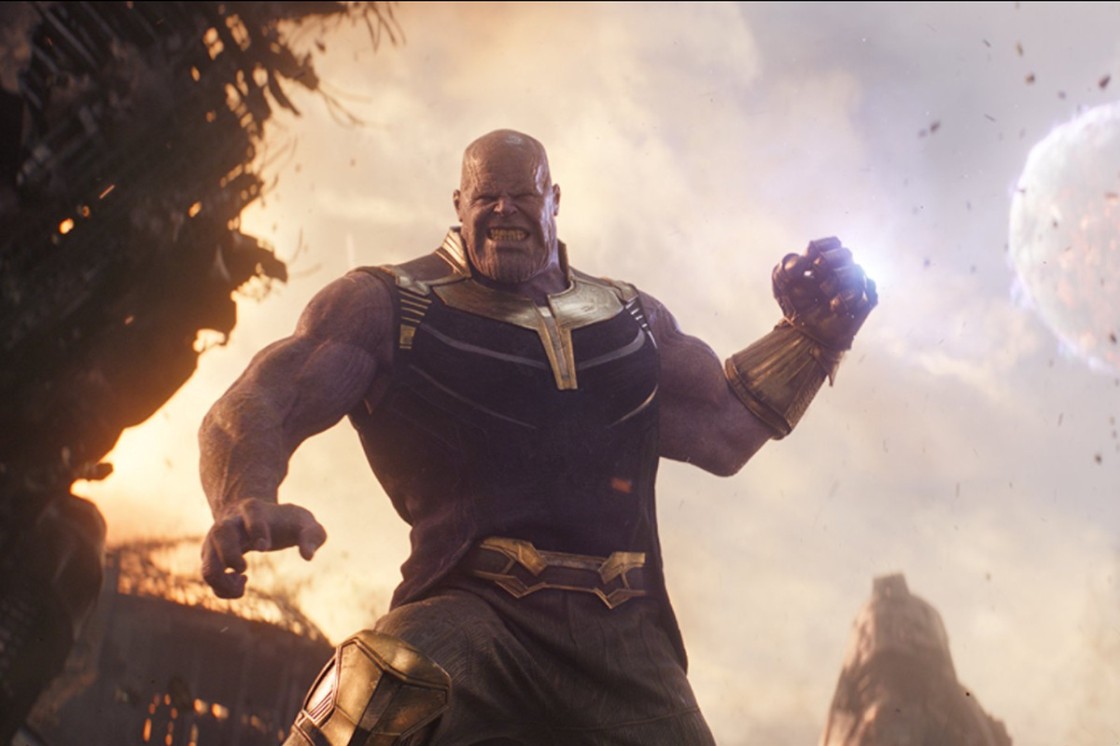 All of this contributed to my mindset when seeing Avengers: Infinity War for the first time. I was confident that it was going to be serviceable, and in the circumstances of having over two dozen lead characters and a galaxy wide story, serviceable would still have been pretty special. Infinity War is great, so great that my co-editor was gushing all over it and she hates these movies most of the time – and even though it occupies its own bizarre place in movie history.

Infinity War is unique in terms of blockbuster cinema. As a crossover event that finally brings almost every character together in one big adventure, it mostly transcends the problems that weigh down this type of story in comics. In the comics, these kinds of stories involve keeping up with all the things that set the crossover up, even if it involves characters you don’t care about. It takes time and money, a lot of time and money, but this is where the MCU has you covered. Instead of reading an entire run of Doctor Strange comics (no shade to the good doctor – he is just an example), you can watch one very good movie in order to understand his purpose in Infinity War. Same goes for the Guardians and Thor. What I’m saying is that Infinity War is a reward from Marvel for your fandom, for your patience, and it uses this to take the fairly safe set-up of the previous eighteen movies and journeys to a place of darkness that the superhero genre rarely travels too successfully, except for Logan. How does Infinity War do this? Remarkably easily, it commits to the darkness.

Infinity War opens with little fanfare. Chronology-wise, the events that open the movie are right after Thor: Ragnarok. After that movie put Thor in his rightful place as ruler of Asgard, the feeling, not the place, we get treated to half of his people getting brutally murdered. Thor is fucked, Heimdall’s dying, and Loki is doing his anti-hero thing as he plays for time against Thanos. We’ve been introduced to Thanos before, but Ronan made him look like an idiot, so he didn’t feel very formidable. This all changes in this opening.

Not only does Thanos easily beat the Hulk (who has performance issues for the rest of the movie because of this), but he kills Loki. Straight-up kills him in the first ten minutes. Now, Loki has been dead before – it’s one of his go-to moves – but Thanos clearly says “no resurrections this time.” If you still think Loki is coming back for Thor’s next movie then you are willfully ignoring what this move is telling you. In oen fell swoop, Thanos has taken out the two Avengers that have the strength to fight him, and killed the best villain (bar Killmonger) that the MCU has ever had.

Thanos only gets better from there, and the choice to have only him as the main villain of the peace shows that Marvel have been paying attention to the diminishing returns that are caused by multiple villains. Sure, there’s Thanos’ lackeys, but apart from the genuinely creepy Ebony Maw, none makes any impression. Thanos is Infinity War’s main character, making the goal of the heroes simply to stop him finding all of the Infinity Stones. That’s a deceptively simple use of the Universes central MacGuffins, and the pursuit of each shows us new layers of Thanos as a character, and what removes him from the heroes.

What separates Thanos from the rest of the cast (and, indeed, much of the villains that came before him) is conviction. Thanos is willing to do anything to reach his goal: to wipe out half of the universe in an attempt to restore order to the galaxy. He’ll sacrifice everything to achieve this, which he does by killing Gamora (arguably the only person he really had strong feelings towards) to attain the Soul Stone. This scene (which also features Red Skull, which is cool) is a great case for Infinity War’s focused storytelling. Many critics of the movie complain that there is little in the way of proper character arcs, but they’re the kind of people who think Loki’s coming back. There are tons of character arcs in Infinity War, and Thanos has the most defined one. His relationship with Gamora, that was only hinted in the first Guardians, is genuinely moving while also playing into the themes of abuse and trauma at the core of James Gunn’s franchise. Gamora is the emotional backbone of the movie and the fact that Thanos is willing to kill the person he loves the most differentiates him from the heroes.

One of the most frequent motifs in Infinity War is the idea of the heroes not trading lives. Much of Thanos’ progress in acquiring the Infinity Stones could be blocked if the heroes were capable of making the tough choice. It’s true that both Scarlett Witch and Starlord take the shot that their love ones have asked for eventually, but it’s in this hesitation that Thanos undoes their actions. The tough call is harder for a hero to make, and that is why they lost.

Back to character arcs for those of you that don’t think Infinity War included any. Tony and Pepper’s baby conversation was not dropped: that baby is symbolized by Tony’s relationship with Peter. He’s the surrogate son that dies in his arms confirming Tony’s ultimate defeat. Doctor Strange continues the newfound selflessness by not only sacrificing himself but half the universe to create the sole future in which Thanos is defeated. The Guardians all have strong arcs, especially Peter who symbolized the human error inherent in all of us by letting his emotions get in the way of defeating Thanos. I get why Peter has become a figure of hatred, but how would you feel if you were him. Peter is not an Avenger, he’s not really a real hero, he is defined by his volatile behavior when it comes to the women in his life. This stupid decision is completely in character and that’s why it works.

This is a genuine flaw that I’ve noticed about Infinity War. After 19 movies spanning a decade, the women aren’t greatly represented in Infinity War. When searching for character arcs, Scarlet Witch and Gamora have the strongest, but they are defined by the men in their lives who are much more important to the plot. This is why I’ve made a point in putting the analysis of the women characters here, because in ten years, Marvel has barely moved forward in this regard. It’s certainly cool that Ant-Man and the Wasp and Captain Marvel are tasked with righting the ship in this respect, but while the women get cool moments in Infinity War they still don’t feel as important as the men. In this way, Infinity War was a missed opportunity to really fill in some blanks with regards to the female side of the cast.

Overall Avengers: Infinity War was awesome. It was action packed, emotional, and rarely let the humor jar the tone. The heroes lost, half of them are dead, and Nick Fury managed to activate the magic space Larson-beeper before turning to dust. As last images go, this one is weirdly positive. I’ll see you all here in August (because the UK gets it a month later) for Ant-Man and the Wasp.

Thanks for sticking with us through our MCU restrospective! You can read all our articles in the series here, and please tune in next week when we’ll be kicking off a look back at the movies of the Jurassic Park franchise. And, as ever, if you enjoyed this article and want to see more stuff like it, consider supporting us on Patreon!