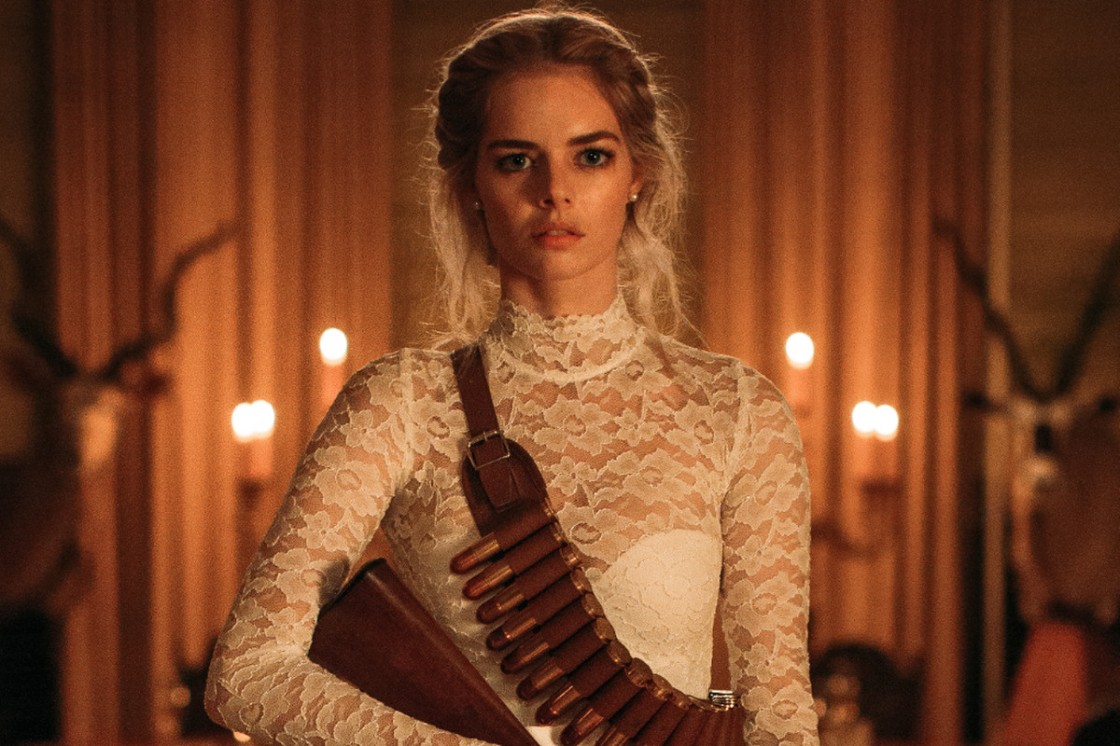 Movie Review: Ready or Not

Meeting the family of your other half is a perfect opportunity for outright horror.

Unless you’re one of those exalted few who believe it when you tell your partner that “don’t worry, parents love me”, it’s a situation fraught with peril.

Now imagine that the your partner’s family is in charge of a game empire that has made them richer than most kings, and they either hate you, try to hit on you, or, oh yeah, HUNT YOU THROUGH THEIR LABYRINTH OF A MANSION SO THEY CAN SACRIFICE YOU BEFORE SUNRISE TO KEEP THEIR WEALTH AND THEIR LIVES!

This is the delightfully batshit premise of Ready or Not, the sophomore effort from directing duo, Matt Bettinelli-Olpin and Tyler Gillett, and by far the most fun I’ve had at the cinema this year. I cannot praise this movie enough – it has everything going for it. None more so than the, if there’s any justice, star-making performance from Samara Weaving as the newly married Grace Le Domas. Survival horror movies live and die through good writing and even better casting; if we don’t care about the characters in danger, then it might as well be a Friday the 13th movie, and yes, that’s an insult.

A great example of this is the introduction of Grace,  Weaving’s lead, as she is talking to herself about her reasons for marrying Alex Le Domas (Mark O’Brien) and becoming part of his family. It’s introduction to her, the family, the house, the geography of the area – it’s taut and lean and it requires a great actress to pull it off without it just reading as blatant exposition, and Samara Weaving makes that work with ease. Though, if you are aware of Weaving’s previous horror roles, then you might be inclined to say that she kind of had this coming after The Babysitter; another horror comedy that’s also far better than it should be.

There’s a brilliant simplicity to Ready or Not, which, considering it’s about a game of deadly hide and seek, might be a bit of a redundant statement. The drama and threat feel real, there’s some good scares, and it’s absolutely hilarious; the character work is glorious, the violence the kind to have you squirming in your seat, and the excellent ensemble cast (including Henry Czerny and Andie Macdowell, as well as an outstanding supporting turn from a surprisingly weighty Adam Brody) brings genuine prestige to this devil-worshipping capitalist cult of a family. It’s mashing together of all these different tones, somehow, never feels jarring thanks to the deft script and a cast used to a variety of genre work.

Like any good horror movie, Ready or Not isn’t just a scarefest with nothing to say. Under all the blood and guts is the very real fear that comes from joining a family, how that affects the relationship, and whether or not your partners problems or trauma to do with his family become yours as well. Add in some blatant eat-the-rich jollity, an exceptionally original and beautiful setting in that gloriously gothic family home, and one of the most delightfully dark running gags I’ve seen in cinema this year, and you have a hit.

Ready or Not is my surprise favourite movie of the year so far. Mixing heavy themes with a large dose of gore and laughs, and led by a brilliant crowning performance for scream queen Samara Weaving, it’s the most fun you’ll have in the cinema this year. Although next time your in-laws ask you to play a game at Christmas, get the hell out of there.