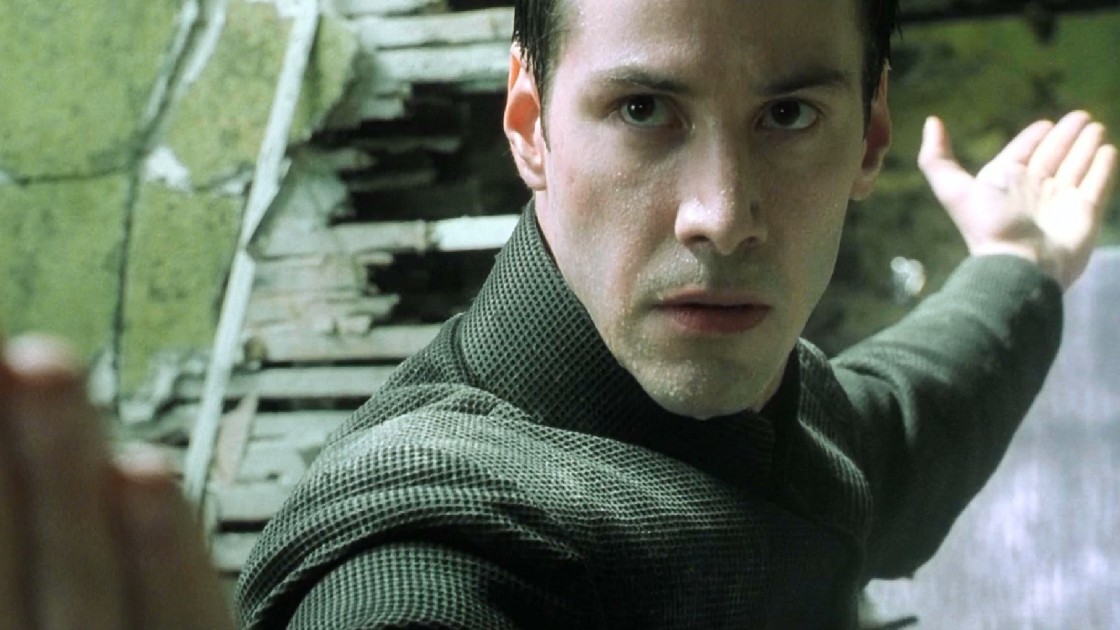 Twenty Years of The Matrix: Why I Love It

Watching The Matrix in 2019 must be what it’s like for modern-day, long-time fans of John Ford watching The Searchers.

Let me explain: everyone who likes The Searchers still watch the film for John Wayne’s iconic and morally repulsive performance as Ethan Edwards, its fantastic cinematography, and endlessly quotable lines. Yet there is a huge chunk of The Searchers that fans, as Roger Ebert put it when he wrote about The Searchers for his Great Movie series “filter it out, patiently waiting for a return to the main story line.” The storyline in question is the engagement of second lead Martin’s (who is the film’s conscience) to Eva Myles’ Laurie. As funny as Myles is, this part of the film feels tacked on to the point where people generally just don’t talk about it. What’s has this got to do with the twentieth anniversary of The Matrix? Let’s start at the beginning.

In the current landscape where blockbuster season lasts all year and you can’t move for the amount of special effects driven action adventure movies, the hype around The Matrix in 1999 almost seems quaint. Back then, blockbusters were nowhere near as pervasive as they are now. Sure, you have classics like T2, Jurassic Park, and Independence Day, along with lesser efforts like Armageddon, Godzilla, and the death rattle that was Batman and Robin. The Matrix stood out for a number of reasons: it starred Keanu Reeves a full twenty years before the highest honor an actor could gain was the Internet’s Boyfriend, it was made by a directing team that was un-tested in the realm of blockbuster filmmaking, and it had special effects that seemed to push the boundaries of what cinema was capable of. The latter in itself, while impressive, isn’t a guarantee of prolonged success: Avatar proved that a mere decade later.

I was nine years old when The Matrix came out. I was obsessed with the action films of the eighties, the few superhero movies that were made at the time, The X-Files, and Buffy the Vampire Slayer. I wanted action, and I thought the black leather and sunglasses was the coolest thing I had ever seen. It still took me six tries to completely understand what the fuck was going on at any given moment.

Like many who were there when the film came out, I loved the film not necessarily because of the film itself and more due to a sort of cultural osmosis. Over the years I have revisited The Matrix: sometimes I think it’s a staggering work of genius, other times I think “well, at least Hugo Weaving rocks.” Watching the film this week due to it turning twenty, I have mixed feelings. I apologise to those of you who were looking to me for a snarky rebuttal to Louise’s vicious take down of the film, this is not that article.

Right, what the hell does all this have to do with The Searchers? Well, for me, watching The Matrix in 2019 is like those cinephiles who love that western, except this time, I can’t filter out the stuff I don’t like about the film in order to completely enjoy what is left. The characters are archetypes instead of real people, the script is at times frustrating in it’s effort to be coy with the audience –

Morpheus: “I’m taking Neo to see her.” Leaves the room.

Neo looks to the people at the table: “See who?”

-the film is full of this crap. About half the runtime is Neo looking to someone else to get an answer to a question about what Morpheus has just said. There is very little dialogue in this film that isn’t expositional, which feels, ironically, as if the script was written by a computer. Also, the philosophy that flavors the film is almost hysterical in its simplicity and lack of subtlety. The Matrix is no where near as deep as many believe it to be, and that’s a good thing. Remember that this was a blockbuster, no one would have seen it if it was just a meditation on freedom and determinism. We want the guns and the shades, thank you very much.

I could go on. But this is the positive article and there is plenty still to like about The Matrix. After twenty years, the action is still stunning. While it makes little sense that people with advanced weapons training need so many bullets to hit a damn thing, the foyer gunfight is an all-timer. The highlight, though, is the hand-to-hand combat. Neo and Morpheus’ training scene is just goofy brilliance, especially as it punctuates a particularly dark point for Neo in the movie. I also love how the Wachowskis tell us how formidable Agent Smith is – we have just seen Neo bust a gut to hit Morpheus once, whereas Smith takes Morpheus out in minutes.  I also cannot praise Hugo Weaving enough as Agent Smith. It’s amazing that, for a character that is the quintessential machine, his rebellion against it is the most human act in the whole film.

It’s funny, coming full circle with The Matrix, I find that my opinion hasn’t changed all that much since I first watched it at nine years old. I think the first and third acts are strong, and the second act suffers from having to much to explain. I still love the action, and I still love Hugo Weaving. Yet what I take away from The Matrix as a legacy film is how much the Wachowski’s ambition and artistry paid off. While they would finally tell stories with characters that actually feel human later in their career (Sense8, Cloud Atlas), The Matrix is an incredibly impressive visual spectacle, with some much-needed goof that offsets some of its more major flaws. I might not be able to filter those flaws out like I used to, but it’s still one of the great defining blockbusters of my lifetime.