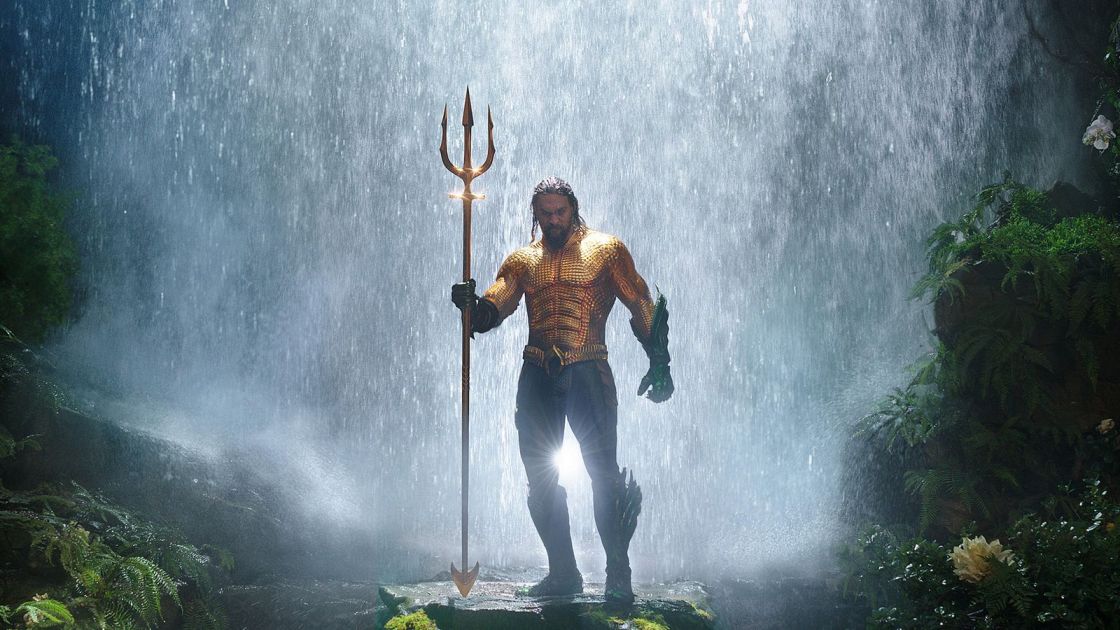 Well, another season, another DC movie. And man, I wasn’t looking forward to Aquaman, the last offering from the so-far catastrophic DC extended universe. From the existential nightmare of Man of Steel, to the epoch-defining awfulness of Batman vs Superman, to the offensively dire Suicide Squad, right up to last year’s grinding, joyless Justice League, it’s been an almost non-stop anti-thrill ride (Wonder Woman aside, and even then, it’s no masterpiece). I was seriously considering just skipping this one, sure that any attempt to edge up one of the most objectively silly comic book heroes was just going to end in another eye-rolling four hours of my life down the drain.

Aquaman (starring Jason Momoa in the title role) just felt like it was too big of an ask for a universe that couldn’t even get an easy sell like Batman versus Superman right. Arthur Curry/Aquaman is an undeniably daft, the laughing stock of superherodom for years, and given the DC universe and its strident commitment to sucking all the joy and camp from the tales it tells, I just wasn’t confident. Even with James Wan – an old favourite of mine, as I discussed earlier this year – at the directorial helm, I just didn’t have much faith. Following Arthur Curry as he is drawn back to the underwater world to avert a catastrophic war led by his half-brother and underwater King (Patrick Wilson), it all just sounded a bit too dumb for its own goo.

But maybe those low standards came in handy somewhere along the line, because I can confidently say that Aquaman was probably the movie I’ve enjoyed most from the DC canon so far

Which isn’t to say it’s anything close to an objectively good movie. In fact, it’s honestly a careering mess a lot of the time. This is a film that really should have taken place before Justice League, as it seems as though it’s sometimes playing catch-up with itself – long asides are taken to explain away Arthur’s involvement with the Justice League, where they really should be spent on laying out the incredibly dense world we’re visiting for the first time here. There’s a phenomenal amount of CGI, not a lot of it good. There are characters who are clearly there to play into later movies more than they are these ones, and the film, even with a hefty two-and-a-half-hour runtime, sometimes feels like it’s going to buckle under the sheer enormity of this story.

But do you know why it gets away with this? Because this movie just oozes camp. Camp is not an adjective I would use to describe the DC universe, not at all, and honestly it’s clear watching Aquaman that it’s one of the things it’s been missing. And it’s not Joss Whedon’s awkward, wise-cracking camp, either – no, it’s genuine B-movie bizarreness, from Willem Defoe floating haughtily on a shark as the cast conducts underwater politics, to the main villain’s musical sting a genuine “dun-dun-DUN”.

Jason Momoa is an incredibly watchable lead, but he’s also one who seems to have a sense of the inherent ridiculousness of this character and this world. Patrick Wilson, as his foe, brings this seethingly po-faced thespian realness to the batshit insane role he’s given, and actually stands out as one of the few DC villains who’s not just a CGI clusterfuck rendered entirely in shades of brown. Amber Heard, love interest Mira, actually feels like a functional part of the story rather than set decoration, and tender turns from Nicole Kidman and Teumeura Morrison as Arthur’s parents land the film’s emotional core. Wan, if Fast and Furious is anything to go by, knows how to deliver his action, and despite the heavy CGI, there’s some genuine ambition in the fight scenes he delivers, as well as not giving away all the good stuff in the trailers. Yes, the story is vast, but it’s also rich and full and globe-trotting, more than just Gotham or Metropolis.

And all this is just justification for the fact that I really enjoyed this movie, even though it’s a great big steaming silly mess. Because I’m a sucker for fun, something the DC universe has been greatly lacking for the last five years, and Aquaman finally delivers on that missing ingredient. Huge, daft, but distinctly aware of it, Aquaman has found the missing ingredient for DC’s cinematic world: embracing the camp at the core of these stories, and having a hell of a lot of fun with it.