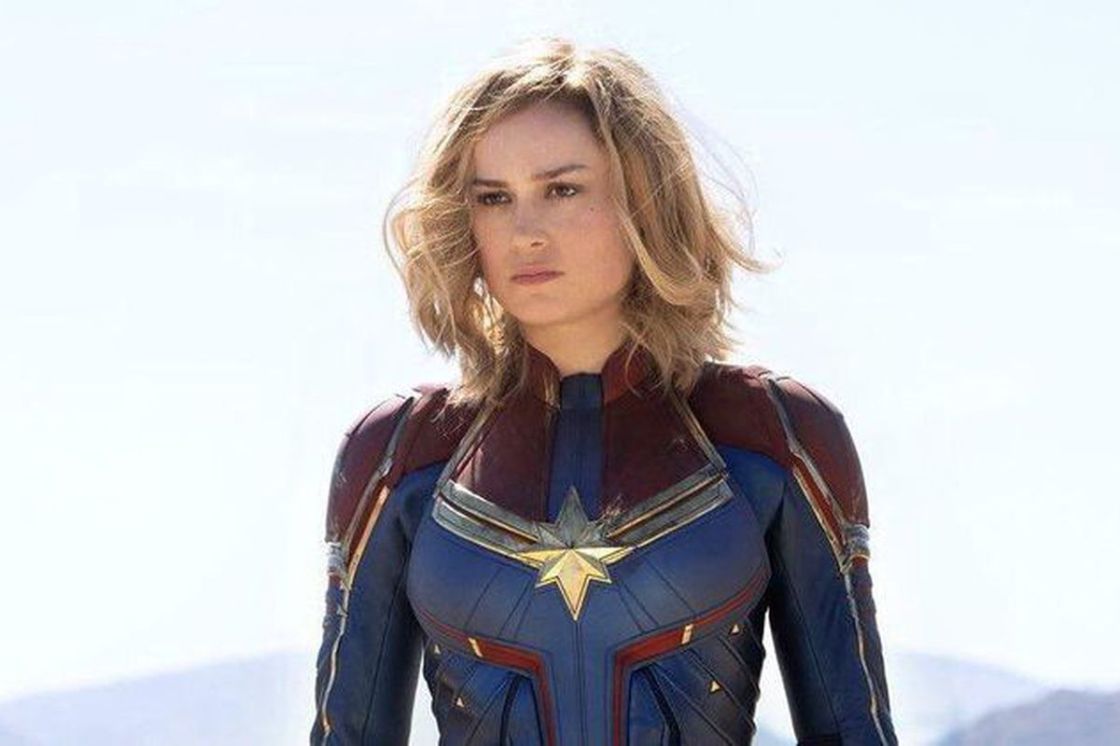 0:07: Now, this is a beautiful bit of scene-setting: having Captain Marvel/Carol Danvers crash through the roof of a Blockbuster Video store is just such a nice way to locate this movie in time, as well as paying homage to one of the biggest and most recognizable purveyors of pop culture for many of the generations who’ll be tuning into this movie. Points.

0:24: I didn’t know I needed to hear Samuel L Jackson refer to someone as a “renegade” until now, but here we are. If he doesn’t get to yell “You’re a loose canon, Danvers!” at any point during this movie, I’ll be profoundly dissapointed.

0:38: I think it’s just worth saying again here – as though it hasn’t been said ten million times already – that Brie Larson is a truly tremendous actress and I can’t wait to see what she does with this role. But there is a part of me that remembers saying this exact same thing about Alicia Vikander in Tomb Raider and finding her truly abominable in that movie, so my expectations are not low, but certainly more tempered than they might otherwise be.

0:45: This all looks like pretty standard Marvel action; given the exceptional action work in stuff like Ragnarok and Black Panther, it’ll be interesting to see if Captain Marvel tries to push outside of the box a little with its action scenes, but this doesn’t look like much of anything new.

0:53: Every movie featuring an alien ever needs to have a “so, you’re not from around here” line. It’s the law. Straight-up ten years in prison if they don’t.

1:04: WOW this is the sapphic Top Gun reboot I never knew I wanted and I am already looking into prebooking tickets right now based on this one shot.

1:12: I really love how they’re cutting the trailer with those tight montages of the apparent memories that Danvers herself clearly doubts – I think we’re so ready for an origin story where the hero really doesn’t even know their origin themselves, and Brie Larson is the one I want to carry a character that complex.

1:23: I…totally forgot Jude Law was in this movie. But hey, better this than Fantastic Fucking Beast and Where to Fucking Fail Them, eh?

1:31: Brie Larson punching a little old lady in the face is great. No notes.

1:35: The alien planet stuff – no matter what movie it’s coming from, really, in the superhero genre – always looks kind of same-y to me. Meh.

1:43: I know I’m going to have a soft spot for this movie thanks to it’s aforementioned place as the first female-fronted Marvel flick, but damn, this trailer looks pretty solid. The action isn’t incredible, but Danvers herself looks awesome, and that’s really all I want from Captain Marvel: proof that women can do it too. And cooler. That as well.

If you enjoyed this and want to see more stuff like it, please consider supporting us on Patreon. You can check out more of my work on my personal blog, The Cutprice Guignol and catch up on the entire Marvel Cinematic Universe so far with our MCU retrospective!

(header image courtesy of The Verfe)