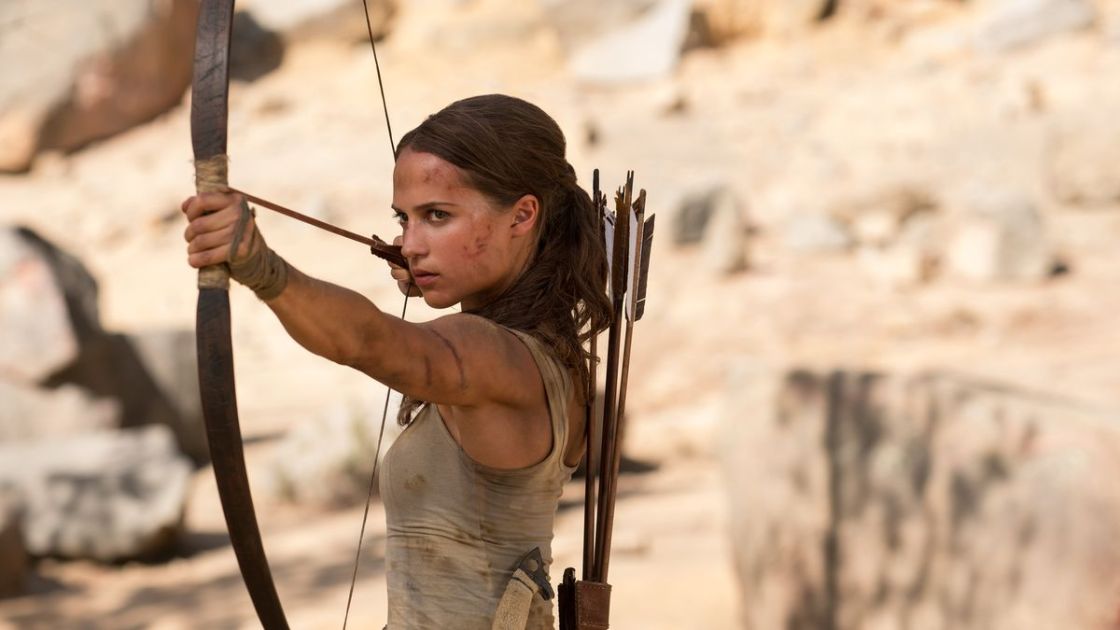 Well, blockbuster season is upon us once more, and we’re kicking things off this year with Tomb Raider, with a cast so outrageously prestige that you could mistake this for a piece of Oscar-bait (shameless plug) – Dominic West, Walton Goggins, Kristin-Scott Thomas, not to mention Oscar-winner Alicia Vikander as iconic leading woman Lara Croft, star as Lara pursues her lost father across the world and finds herself caught up in a nefarious international agency’s attempts to unseal an ancient evil.

Now, look, it’s well-trodden critical ground to remind you that there has never been a good video game movie, and I’m going to come right out here and tell you that Tomb Raider doesn’t buck that trend. The first hour of this movie is painful, truly, actually painful: the writing is atrocious, the characterization slim, the plotting messy and overdone. Alicia Vikander, whose has proved her immense skill as an actor across a clutch of movies in the last few years, is almost unbelievably bad as Lara in that first half – sure, she’s not the juiciest character in storytelling history, but Vikander is less phoning it in than texting it from the top of a mountain with no signal. There’s nothing fun about it, nothing compelling, and honestly it’s hard to justify sitting through that first grueling hour for what payoff you do get in the second half of Tomb Raider.

Because once the actual business of tomb raiding begins, the movie picks up in a serious way. I think one of the biggest problems with adapting video games is that so much is imbued into the player character and the story by the person playing it – and that’s a hard thing to bring to screen without leaving your leading wo/man feeling like a cipher as a result. Even games with engaging stories on paper (like Assassin’s Creed) lose much of their appeal when you can’t attach yourself to or put yourself into the character in front of you. The same goes for the action – when you’re not then in the midst of it, it just turns into any other action sequence, and that’s almost always a disappointment. Why would you want to watch that when you could do it yourself?

But Tomb Raider manages to capture some of the joy of playing the games in a way I haven’t seen many movies of it’s ilk do. Alicia Vikander might not be able to perform this character when it involves opening her mouth (God, that accent might be the worst thing about this whole film), but her physical take on the character is near-impeccable. The story takes a turn into the tomb-raiding, after Lara finds her father and the film hits a comfortable rhythm as it groups Lara, Walton Goggins’ amusingly exasperated villain, and an earnest Dominic West (who always elevates even the weakest material he’s given) into an entertaining triple-act. And, as they make their way through the tomb and towards their ultimate goal, the whole thing starts feeling like a high-budget, high-commitment The Mummy rip-off (if anything but the Brendan Fraser-led classic popped into your mind, get out), and I mean that with no shade. It takes a long time to hit it’s pace, but when Tomb Raider finds it, it’s actually pretty sweet.

Not bogging Lara down with a romance plot (the closest she comes to a sex scene is punching Walton Goggins right in the nards) is a smart choice that allows the film that have loads of fun indulging in a bunch of her exhilarating and original action scenes. And that originality comes not from finding new ways to toss her around, but because she actually seems to suffer – both from the physical exertion and mentally, as she struggles with the violence she has to commit to survive. If you’re looking for sharp, entertaining action featuring some fun performances from industry veterans, Tomb Raider’s second half pretty much delivers on that front. It’s probably the best adaptation of action from video game to big screen that I’ve ever seen, even if it is formulaic at times – and even then, they have to wade through an hour of shockingly boring story to get there first.

Would I recommend this movie? Probably not, because I don’t have it in me to get you to waste the hour that I did waiting for it to find it’s way to half-decency. But if you are a fan of the games, or of big, silly adventure movies, Tomb Raider does eventually grope it’s way to something entertaining. And oh, if you’re one of those critics who criticised Lara Croft for not being sexy enough? I hope it’s your tomb they’re raiding next.