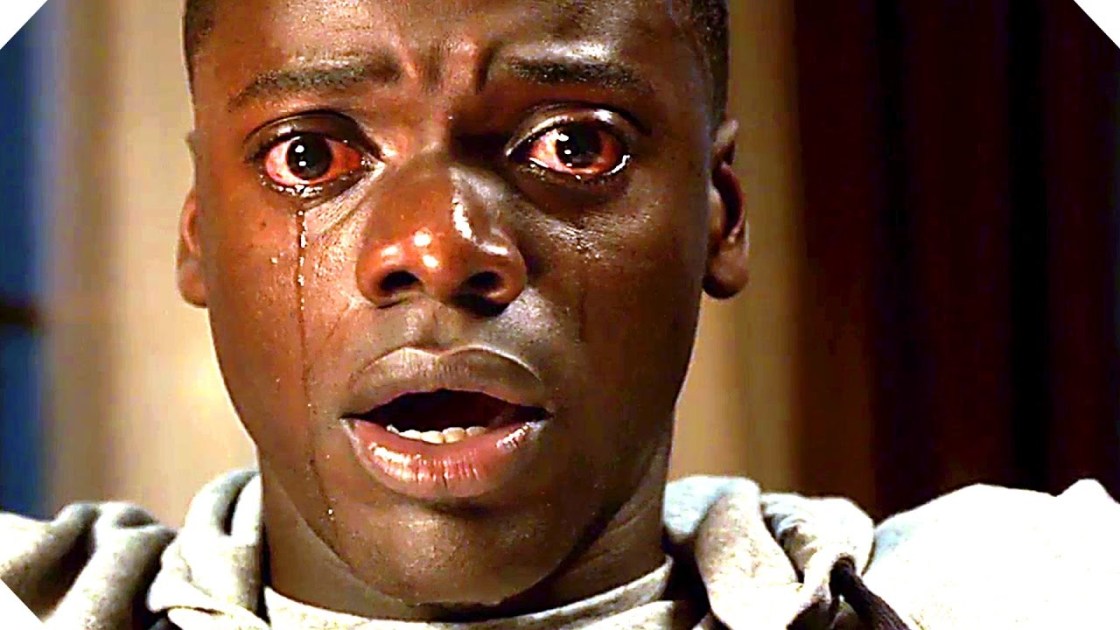 The Last Jedi’s place on this list still surprises me. Rian Johnson is one of my favourite directors and what he has done with the Star Wars universe is bold, controversial, and very flawed. It doesn’t work for everyone, but The Last Jedi works for me. I’ll take a new direction with nuanced and interesting characters over a re-tread of Empire any day.

Get Out was one of 2017’s surprise hits as Jordan Peele made a pretty much a perfect horror film. Brimming with ideas, often hilarious, and always topical, Get Out is a proper chiller of a movie, with Daniel Kaluuya putting in one of the best performances of the year.

With Disney buying Fox and X-Men along with it, don’t expect Logan to be the last word on the Wolverine. Still, director James Manigold and star Hugh Jackman gave the modern superhero film’s first star a fitting send-off by doing the exact opposite of a superhero movie: Logan is more of a neo-western thriller with some sci-fi characteristics and some visceral violence. Jackman and Patrick Stewart put in their best performances to date as Logan always picks character over spectacle. Probably the best superhero movie since The Dark Knight, but definitely the best of 2017.

You know you’ve seen a great comedy when your whole body hurts from laughing, and I just about collapsed after The Death of Stalin. Armando Iannucci has crafted a screwball comedy/political drama/historical horror that makes his last film, In the Loop, look like a poorly conceived sketch show in comparison. The Death of Stalin manages the tightrope act of pure comedy gold while also detailing the horrifying nature of the period with a deftness that belies expectation.

Or the film where Matt Reeves said, “fuck it, we’re doing the bible”. Of all the biblical allegorical films released in 2017, mother! Being the most egregious, War for the Planet of the Apes used this influence, chiefly Exodus by way of Apocalypse Now, with an elegance that has characterised this rebooted series of intelligent apes. Like Logan, War beautifully, and tragically brings the story of its extraordinary main character, Andy Serkis’ Caesar, to a surprising and thoughtful end

Perhaps 2017’s most sensitive and moving film (I’m based in Scotland, so Moonlight is a 2017 film to me) Moonlight easily overshadows it’s stupid connection to La La Land  (thank you Oscars for that fuck up) to tell the beautiful and brutally rendered story of Chiron, a gay African-American who’s life is told in three chapters: as a young boy, to troubled teenager, and finally to a complex and internally conflicted adult. Moonlight perfectly encapsulates the complexity of Chiron’s struggle against a world that knows who he is before he does. Also, Barry Jenkins should have got the Best Director Oscar. Just saying.

Martin Scorsese’s criminally overlooked film provided one of the most intense cinema-going experiences of my life. His story of two Jesuit priests, played by the outstanding Andrew Garfield and Adam Driver, as they travel to a Medieval-era Japan which has outlawed Christianity to find their mentor (Liam Nesson) and bring him back to the faith is an epic film with lofty thematic interests. Scorsese leans away from his usual bag of directorial tricks and lets each heart-wrenchingly beautiful scene breathe. Andrew Garfield is the undisputed highlight as his character, Father Ferreira, must battle his own ego and sense of importance in order to find his mentor. Silence may be an ironic name for a film that was largely ignored by audiences and awards bodies, so I’ll put it in writing. SILENCE IS A MASTERPIECE!

Dunkirk is the best war film of the 21st Century because it goes against all of the tropes of that genre. Dunkirk isn’t a story about victory, or the Americans coming to save the day, or bravery; it’s about survival. Christopher Nolan has crafted a survival horror film using the evacuation of Dunkirk to show just how dangerous war can be. It’s not just the spectral unseen enemy that fires from blind corners or bombs the beach from the air, it’s the elements themselves (land, air, and sea) that make Dunkirk such an effective spectacle, and Nolan’s best film since Inception.

I’ve already written at length about why I love this film so much, and if it had been any other year IT would be my number one. I’m not mad though, I know IT isn’t the best film of 2017 – but it’s the film that I enjoyed the most. A brilliant cast and a careful adaptation of one of my favourite novels was more than enough to guarantee It’s place on my list.

Hollywood: So Kevin, how would you like a sequel to Blade Runner?

Me: No chance, I’ll die before I let you put one of my favourite films through the Hollywood reboot machine.

Hollywood: But Kevin, what if we replaced Ridley Scott, who isn’t what he used to be, with Denis Villeneuve?

Hollywood: Good, Kevin, very good. What if we also threw in Ryan Gosling starring alongside a returning Harrison Ford, gave them a massive budget to get it right, and have Roger Deakins as cinematographer?

While this dramatization may not have happened, it’s true that Blade Runner 2049 hit quite a few sweet spots when it comes to my favourite types of films. I love science-fiction, especially when it’s paired with neo-noir. I love Ryan Gosling, as you well know, and his performance as K out-shines even Drive in its subtle skill, and I love Denis Villeneuve’s take on Philip K Dick’s dystopian future. Blade Runner 20149 was so clearly made for me, it was eerie. Unfortunately, I couldn’t pay $100 million for each viewing so it could make a profit.

If you enjoyed this list and want to see more stuff like it, please consider supporting us on Patreon!