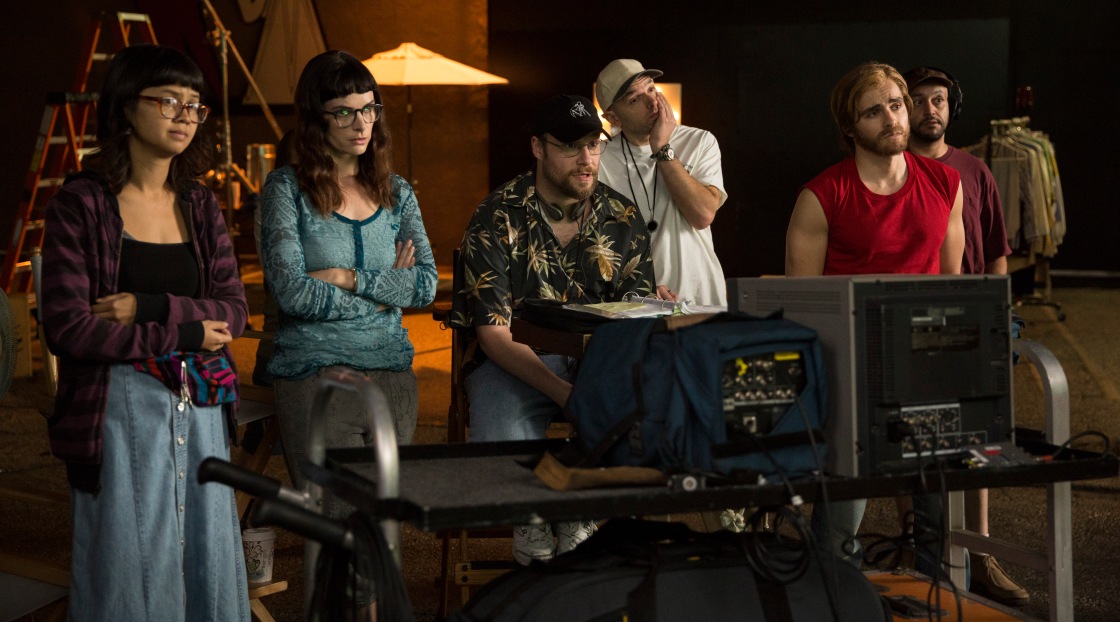 There’s a scene, early on, in The Disaster Artist where Greg (Dave Franco) and Tommy Wiseau (James Franco) are driving back from a trip to pay homage to James Dean’s crash site. On the radio, Rick Astley’s Never Gonna Give You Up is playing, and the two of them sing along as the drive into the night together.  It’s not mistake that the movie chose to use this song over any others. Because Never Gonna Give You Up has become as much as a camp pop culture curio as The Room, Wiseau’s real-life movie around which The Disaster Artist is based. Both that song and that movie have become shorthand for a specific side of the early-to-mid noughties cultural landscape, amusing and specific and the inherent entertainment value of each harder to explain as the years go by. They’re both funny because they just are: the same way Never Gonna Give You Up hits on this perfect earnest cheesiness, The Room is occasionally glorious in it’s po-facedly appalling execution, both of them sustained far past their natural lifespans in meme form.

And The Disaster Artist, directed by and starring notable Hollywood oddball James Franco, is yet another way we’re keeping The Room alive in the popular consciousness. Adapted from a book of the same name written by Greg Sustero, The Room’s co-lead, it follows the intertwining lives of Sustero and Tommy Wiseau, an endlessly mysterious human-shaped pile of quirk who determines that the best way to fulfil his lifelong dream of acting is to make his own movie. It’s a damn interesting premise for a movie – but I’m not sure The Disaster Artist makes the most of the goldmine it’s given. 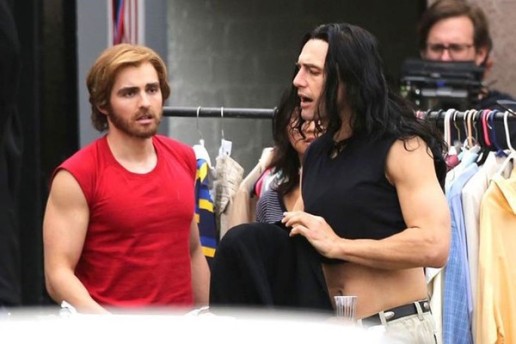 In all fairness, there’s a lot to like here. The Disaster Artist is far more good than bad: James Franco is truly fantastic as Wiseau, giving what’s probably the performance of his career. Wiseau might be the only character big enough to swallow a celebrity with as much arm-flapping capital-p Personality as James Franco, but it works, and with every awkward laugh, extra belt, and intense, straight-faced piece of “acting”, Franco manages to find a place between Wiseau’s obvious and inherent weirdness and articulating what makes him attractive to the people around him: for the first act of the movie, Wiseau is all but a rock star, loud and charming and unfettered by the expectations of the people around him. It’s just that, as the film reveals, he hasn’t got anything near the talent to back it up, and that makes his swaggering confidence and utter self-assuredness even more compelling. Or at least, it should.

The rest of the cast is solid: I’ve always had a soft spot for Franco the Younger, and Dave does me proud here with a strong leading man performance as Sustero that manages to convince as to why this guy would stick around Wiseau so far into the production of his blatantly terrible movie. Seth Rogen, as the director, reminds me how funny he can be when he’s not lazing around improvising in crappy stoner comedy, and Zac Efron and Josh Hutcherson, as ill-fated members of the cast, can barely keep the goofy grins off their faces in their short but entertaining appearances. The script is actually funny, which makes a nice change from many of the comedies I’ve seen this year, and like all great movies about filmmaking, The Disaster Artist pays tribute to the lush temptation the movie industry offers to people like Wiseau and Sustero.

But perhaps the biggest problem this movie has is The Room. The best parts of the film come before the movie begins shooting, and from there on in The Disaster Artist seems far too involved with recreating iconic scenes from The Room: indeed, it’s last five minutes are literally just side-by-side recreations of scenes from Wiseau’s famous flop, and there comes a point when it just feels like they’re trying to invoke the goodwill and memery that surround The Room instead of coming up with a decent plot of their own. The Room is a bad movie, and all those particularly famous scenes that it’s given pop culture only work in the tightly-controlled chaos of their surroundings: outside of that, it’s just…bad, and pretty boring to watch. Yes, I get it, Josh Hutcherson has a bad wig on and James Franco can do an uncanny Tommy Wiseau impression – but I’ve seen The Room, and I didn’t come to The Disaster Artist to sit through big chunks of it again. Invoking the movie is one thing, but The Disaster Artist uses it as a crutch when it has apparently run out of better things to do. 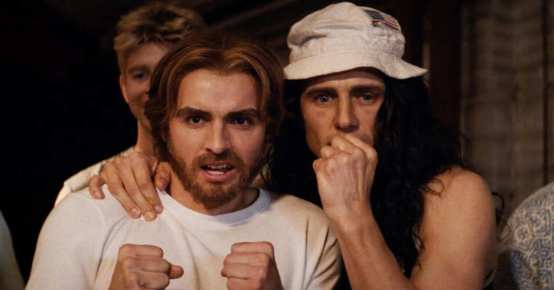 Because, make no mistake, the movie seems to rush towards a Hollywood happy ending, despite attempts to drive wedges between its leading characters that are never truly resolved. Wiseau gets what he wants, despite it coming in a form he never asked for and is clearly initially hurt by – but don’t worry, because that’s all sorted in a five-minute conversation, failing to capitalize on the inherent contradictions of his character mentioned above. When it all ends on hugs and smiles, it feels cheap and unearned – but then, when Wiseau continues to be such a deliberately enigmatic figure in real life, how could they find another ending for it?

So, overall, The Disaster Artist is a fun watch, whether you’re a fan of The Room or not. But it might seriously help if you are, because so much of this movie rides on the goodwill cultivated by Tommy Wiseau’s classic. Go for the James Franco performance, stay for the nineties nostalgia – just be prepared to walk out feeling a little bit like you just got Rickrolled.