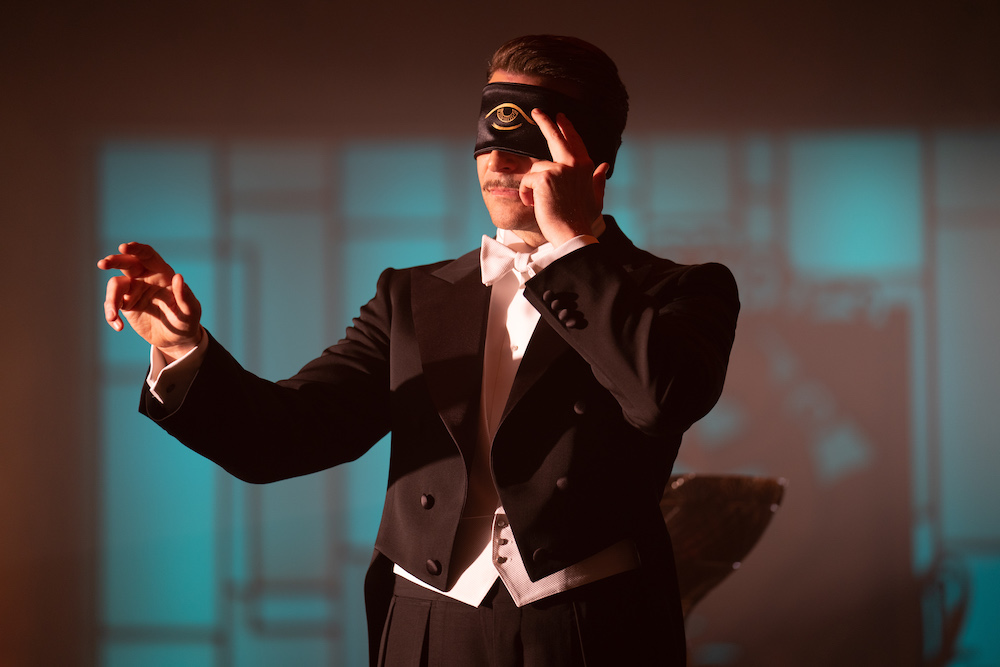 Nightmare Alley: A Wild Interpretation (Unless It Turns Out I’m Right)

Nightmare Alley is the latest from Hollywood’s favourite monster man, Guillermo Del Toro. Despite being nominated for a bunch of awards (none of which it will win because Awards season has annointed The Power of the Dog for all of the awards apart from the tech and design stuff that will go to Dune) Nightmare Alley has quickly become something of a black sheep in the director’s filmography.

It has flopped hard at the box office – which is even more surprising since it should have had the boost of being the follow up to the Oscar-winning fish porn film (I jest, The Shape of Water is great) – but for anyone who pays attention to trends, careers, and genre relevance in film could tell you that even a popular director like Del Toro was going to fail to garner an audience for Nightmare Alley. For those that aren’t obsessed with the director, it’s just a neo-noir which is the type of movie that is only profitable if your grizzled, flawed, lead character is wearing a bat suit. For those that are obsessed, this is not the Del Toro we have come to expect, with no literal monsters to speak of. and I think that might be the key to Nightmare Alley – and also the point of Del Toro’s choice to make this film.

Let’s play a game of armchair psychology for a bit. You’re Guillermo Del Toro on the Oscar night, clutching your awards for Best Picture and Best Director tightly to your chest in case the Academy think they’ve made a La La Land-like mistake. You’re elated – even if you have said in the past that the awards don’t mean much you’re still pleased with the recognition and praise your idiosyncratic corner of moviedom has received. You’re also thinking about what credit this could bank you. You are the best director on the planet (according to Americans) and you have a growing and dedicated fan base that your art speaks to on many levels. This is the time to finally get At the Mountain of Madness made! Wait a second, though, you think to yourself, that’s what everyone thinks I’ll do. That’s what everyone will want me to do. Stay in my lane, make another lush monster movie, nah. Fuck that, I’m going to make a film noir about a circus and there will be no monsters of entities in it, paranormal or otherwise. They won’t see that coming.

I certainly didn’t see that coming. I love film noir, neo-noir, and the recent examples of Bat-noir, so I was all in on Nightmare Alley from the beginning. I wanted to see what Del Toro could do in another genre, especially one that doesn’t have influence as clear in the cultural memory as his previous inspirations were (the original Nightmare Alley came out in 1947). Nightmare Alley is cracking film: a two-and-a-half hour character study of the rise and fall of a born liar and trickster, Stanton “Stan” Carlisle, played with equal parts charm and slime by Bradley Cooper. It’s a beautiful and ugly film in all the ways you would expect from a master like Del Toro, whose success has also afforded him the talent of brilliant actors like Cate Blanchett, Rooney Mara, Willem Defoe, and Toni Collette.

Yet what makes Nightmare Alley so interesting to me is how Stan mirrors his director. He rises through the ranks of the fair by learning from the veterans, and takes that talent, as well as Rooney Mara as Molly, to bigger and more lucrative stages. You can see a parallel here with Del Toro and his work on his own personal projects, next to his Hollywood-for-hire gigs like Mimic and Blade 2 (enjoyable movies though they are, Del Toro is too talented to make schlock). Stan’s choices, to chase the dream, to chase the high, into the murkier corners where truth and illusion merge feels like Del Toro commenting on the power he and his peers have as storytellers. Never do a spook show is basically never tell a story in which you yourself don’t believe in. It’s a warning to the rest of us that this practice can be used to manipulate us as well as entertain.

Stan, in true film noir fashion, gets his comeuppance. Losing the fame, the money, and the love, through the con of someone who is more skilled in the lies than he is. He ends the film basically volunteering to be the geek: a monster who bites the head off chickens for a warm bed and some cheap whiskey to make it warmer.

I like to think that this ending is what attracted Del Toro to Nightmare Alley. After the Oscar win he was in a position that few filmmakers find themselves in and decided to challenge himself and what our own expectations of him as an artist were. He might be happy playing the monster man in his next film, but only because he took the chance and challenged himself with Nightmare Alley.

If you enjoyed this article and want to see more stuff like it,  please consider supporting us on Ko-Fi.