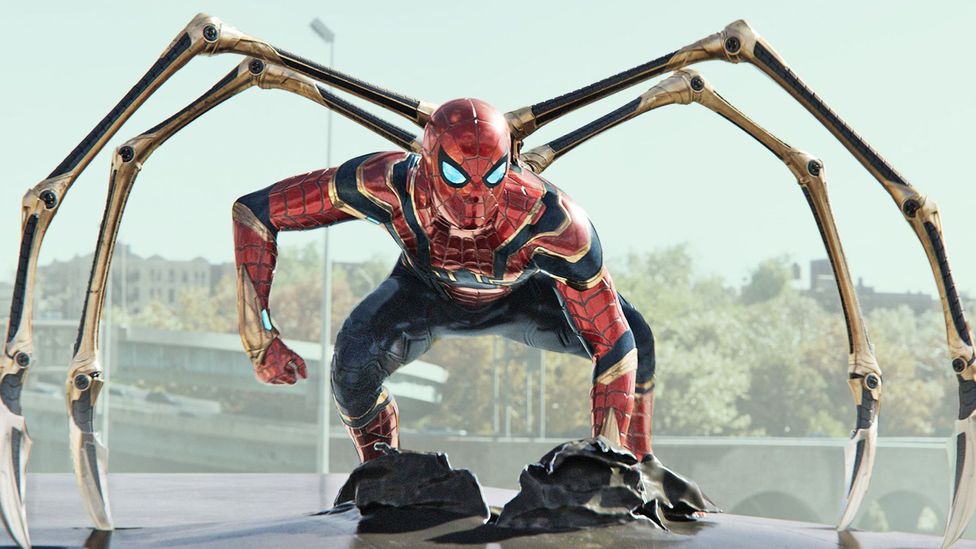 When it comes to entertainment, and my own consumption of it, I like to keep one ironclad principle: if it suits the story, then I’ll accept anything. Usually, this is used when explaining why I like certain things that, to others, are questionable. This could mean questionable taste, politics, ethics, and overall quality. It’s what explains the contradictions in some of my film opinions – like my love of Martyrs (where the excessive violence makes sense to me), while I take shots at Hostel (where the violence is the least insulting thing about that mess of a movie). Now, in the age of nostalgia, where everything you ever loved as a child is weaponized to get that billion-dollar box office gold ring, we come to Spider-Man: No Way Home – the last place I thought that this principle would ever come up.

I loved No Way Home. I loved it for the returning heroes and villains from other Spider-Man movies and continuities, I loved the distinct lack of Avengers, and that Peter Parker was the main character in his own story for once, and I loved the feeling of scale and glee throughout. This isn’t a normal MCU movie cranked off the assembly line, this is the Spider-Man version of Day of the Doctor. Does it use nostalgia to get me in my seat? Fuck yeah, it does, but it was that the inclusion of all of these characters coalesced into a personal story about Peter Parker and what it means to be Spider-Man that makes this movie stick.

No Way Home knows something crucial about Spider-Man: he has to be the best of us. The central plot isn’t about beating the villains, it’s about curing them. Make no mistake, Thor would kill them, Tony would kill them, Cap would kill them, and then feel bad about it. The Marvel Cinematic Universe has no problem having its heroes be killers, often relegating their victims to the equivalent of bad guy red shirts. That’s why Doctor Strange is here, and having him as a secondary villainish character is another stroke of genius. One of the reasons why this is acceptable (from a story and fiction point of view) is because the four heroes I’ve just mentioned usually have to deal with God-tier threats. The stakes are different to what Peter has to deal with, and that’s the contrast that Spider-Man brings to the MCU and superhero cinema as a whole.

No Way Home repeats the same alchemy of history and iconography as Into the Spider-Verse, only this time the story is focused on Peter instead of the various different versions who take up the mantle of Spider-Man/Gwen/Pig/Noir. Tobey Maguire and Andrew Garfield are a delight as the past Peters. Both have a complicated history with the character; Maguire is more known for the bad bits of Spider-Man 3 than anything else (a travesty!), and Garfield never got a fair shot at the character thanks to Sony’s lack of vision and the belief that mumbling idiots make a romance. Both soar as their own distinct versions of Peter, versions that mirror and compliment Tom Holland’s characterization.

Garfield is the trauma Spider-Man (who is still lots of fun), trying to heal from the emotional beat-down he is giving himself for Gwen’s death. Maguire is the matured Spider-Man, a man at the end of the journey that both of his counterparts are still on. In a cinematic landscape where all your old favourite heroes are brought back as decrepit bitter failures, it’s really refreshing to see the Raimi Spider-Man saying “do the work, try to be better, and always get back up.”

Not Really a Villain Problem

No Way Home’s big draw going in was the villains, and I think that Sony kind of tricked the MCU into admitting a huge mistake. Spider-Man has always had the best rogues gallery in Marvel, and No Way Home’s inclusion of the still amazing Raimi-era villains, and the much improved Webb-era villains further highlights that the MCU still mostly sucks when it comes to villains. When Electro – fucking mugging Electro – or Sandman could be airlifted into either Ant-Man movie, Iron Man 2, Thor, Captain bloody Marvel, and make a slightly bigger impression than the also-rans who are actually in the story (name Jude Law’s character without searching it. Bet you can’t, I know I can’t), then you know you still have a villain problem.

The villains were great, and the different approach to dealing with them was neat, but we need to just stop for a minute and talk about the Green Goblin. Gone is the green ranger of my pre-teen nightmares, only to be replaced with the scariest Willem Dafoe performance I’ve ever seen (editor’s note: apart from Streets of Fire). This dude is one of the best actors we’ve got, because whether he is inhabiting Norman or the Goblin, I utterly believe him. Yet when he is the Goblin, I’m genuinely scared for Peter. In roughly under ten minutes of screen-time, and having to act up against his own continuity’s most popular villain (we love you and your tits, Alfred), old Green Mean himself joins the ranks of Thanos, the Joker and Doc Ock himself as one of superhero cinema’s greatest villains.

No Way Home is a celebration of Spider-Man in much the same way as this series of articles has been for me. Spider-Man has been one of the most important characters to me over the course of my life thanks to what Stan Lee and Steve Dickto, as well as several writers, artists, directors, animators, actors, and the fantastic fan community, help to keep alive. Anyone can be a hero.

But no one else should be Green Goblin. That character has been completed. Well, apart from one thing: #DafoeGoblinOscar2022!

Check out the rest of the Spider-Man cinematic retrospective here! If you enjoyed this article and want to see more stuff like it, go ahead and consider supporting us on Ko-Fi!