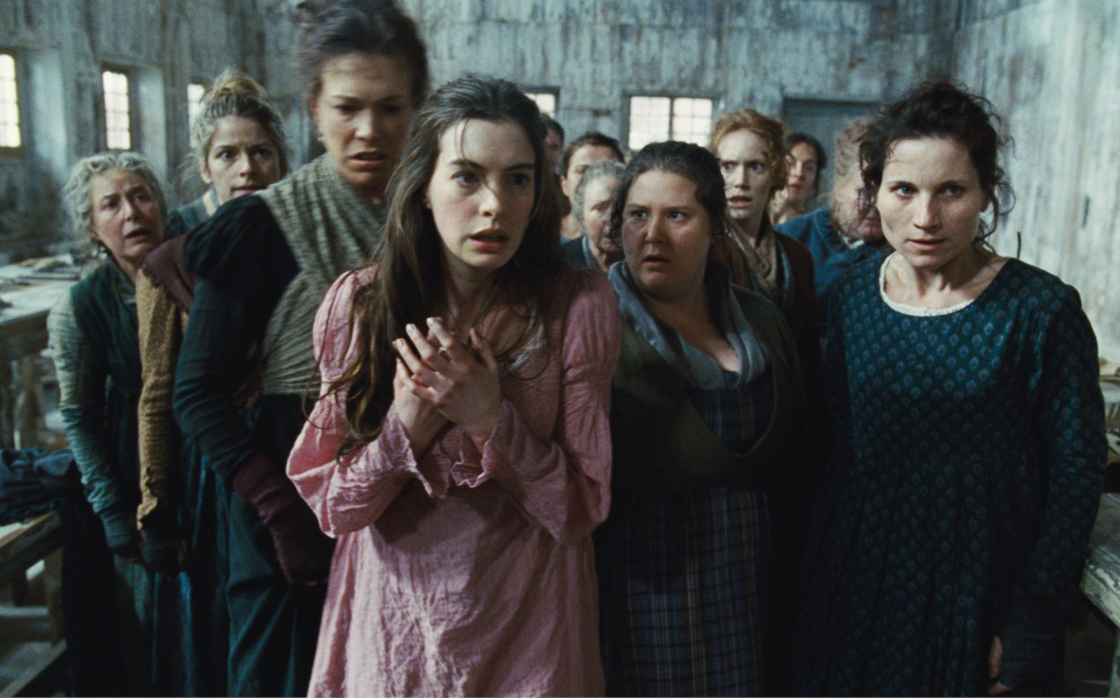 I Watched Les Misérables For The First Time

In my journey through the classics of cinema that had so far passed me by – most of which have been musicals – I have yet to come across a film in which all of the hype, all of the acclaim, all of the obsession, is as baffling to me by the time the credits roll as it was before the film even started. Grease was fun, Singin’ in the Rain was joyous, even A Hard Days Night and Rocky allowed me to take a break from thinking that the stars of both films are tremendously overrated by being earnest and even sweet. Les Misérables, though – Les Mis may have sent me a tad over the edge.

I shouldn’t have been that surprised. Despite its pedigree on the stage, the choice of Tom Hooper as director was enough to stop me watching Les Mis until now. I hate Tom Hooper. I think he is the worst, most boring example of a career fuelled by what supposedly passes for prestige. This is the guy who made The King’s Speech which, apart from landing Colin Firth the Oscar he should have won for A Single Man, robbed David Fincher’s far superior The Social Network of both Best Picture and Best Director. This is the first mark against him, but I have more. Oh, I have more.

An artist’s work is subjective. It’s hard to say what is worth the effort to consume, what is worth your time. But fuck it, I run a film site and I’ve got a childish vendetta against this hack. This is the guy who looked at the First World War, The Great War, and decided to tell the story of the guy who basically runs the intercom for the whole of Great Britain but keeps fucking up his lines. Not to belittle people with stutters and speech impediments, but I couldn’t give a shit about the guy who will feel the effects of the war the least, even if he is played by Colin Firth.

Hooper, as we’ll get to in Les Mis, likes bosses. His best film is about one of the most iconic bosses in the great sport of football, Brian Clough. He even had the genius idea of having the fantastic Michael Sheen play him in an adaptation of David Peace’s novel, The Damned United. Clough was a warrior, a huge personality with the kind of soundbites that would have professional wrestlers shitting themselves. He was a titan of the game, a hard man, and Hooper has a scene in which the great man is too afraid to watch a game of football. Let that sink in. Brian Clough is afraid to watch his team play football. He hides in the dressing room. Not only did this never happen in real life, it wasn’t even in the book. It’s such an obvious piece of cinematic bullshittery, one that serves to undercut Clough and both any vague authenticity the film might have been hanging on to, just for the sake of some manufactured and uninteresting conflict. Oh, and Cats! He made Cats. Okay, let’s get on with it.

Les Miserables has the makings of a good story in it. Not a great story, no, no, but the rivalry and decades-long pursuit of Jean Valjean (Hugh Jackman doing everything he can for that Oscar – short of being eaten by a bear like Leo in The Revenant) by Javert (Russell Crowe, who is better than you think), along with the downward spiral of Fantine (Anne Hathaway, who deserves more than these brackets) and Valjean’s adoption of her daughter, Cossette. All of this is in the first half of the film. It’s in this part that Les Mis is its best self, but also showing problems that will grow in the second half.

Before that, lets get to the least controversial part of this tirade. Anne Hathaway deserved every award that she got for this performance. It’s Hooper’s one masterstroke, because not only can Hathaway carry the showstopper that is “I Dreamed a Dream”, she also keeps the performance about her character’s agony instead of turning it into the theatrical show-tune it’s so often seen as. In an unbroken shot, we see her ditch any attempt to make this moment about her talented voice, instead she roughens it up, it’s coarse, its angry, it’s absolutely heart-breaking.

Les Mis is an operetta, one of my first, and it will be a long time before my next one. I’ve been hearing through years of cultural osmosis all of these banging tunes in Les Mis, but Hooper’s directorial choices, and the lack of respite due to the fact that everyone is always fucking singing, means that very little stands out. Samantha Barks’ solo is supposed to be a belter, but despite her best efforts, I just didn’t feel it.

Perhaps it’s the staging – there are many scenes in which I’m not clear on why a particular character is there, why they’re expressing the emotions they are, apart from movie rules that dictate those feelings exist. There are moments when it almost seems, despite Javert looking for him, Jean Valjean is stalking him. When he finds the desolate Fantine, who is getting shit from Javert for attacking a man who groped her, Valjean is just in the background. I get it if he is there looking for Fantine, but he genuinely seems surprised to see her. The same thing happens later in the film in the scene where Eddie Redmayne and Amanda Seyfried eye-fuck each other (if you think of it that way, it becomes a little more interesting) Valjean finds himself standing behind Javert once again. Is he trying to escape him? Find him? Date him? I have questions.

This is where the film fully falls apart. I do not care about the love story between Cosette and Marius. I get that a look from Amanda Seyfreid might joogle the brain a bit, but it’s that movie bullshit of love at first sight. Then the rest of the film is about getting them together, instead of, you know, the revolution that is going on. Hooper plays at giving a shit, and Samantha Barks and Aaron Tveit deserve more than they are given, but Marius is supposed to be our way into this conflict, and he couldn’t care less. And so, the film backseats the obviously more compelling plot for a love story between two gormless rich kids.

You remember how I said that Hooper loves bosses? Well, it turns out that Marius is a fake revolutionary. He’s rich as fuck, and because he looked at a girl a couple of times, this stupid story has the main character save him from death after Samantha Barks takes a bullet for him: Jean Valjean saves this poser so he can shag his adopted daughter, who he has about glanced at twice. What the fuck is this film? I get using a big historical event as a backdrop for a smaller story – Titanic would like a word – but that smaller story has to be more than eye contact. Through simple cinematic language, Les Mis tells us that Marius’ life is more important than the street full of actual poor people fighting for a better existence. Don’t worry Valjean, the guy’s loaded, and they’ll live happily ever after and forget about that pesky massacre.

That’s it. I’m making a rallying cry to the stormy heavens (figuratively – I am of course following current lockdown rules so standing on my couch will have to do): I will never again sit through another prestige puff piece by the dread cinema pirate Tom Hooper.

If you enjoyed this article and want to see more stuff like it, go ahead and check out the rest of our Horror Season work, and consider supporting us on Ko-Fi!

(header image via The Telegraph)