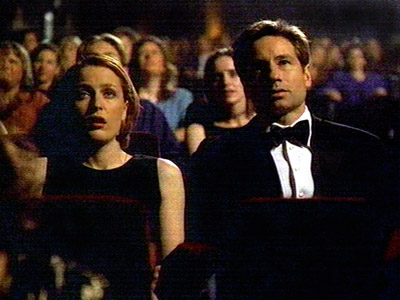 My Favourite Movie That Doesn’t Exist

The Simpsons, which is one of the most successful and long-running shows of all time, only has one. Twin Peaks: Fire Walk with Me only exists because David Lynch conned everyone with the prospect of answers only to give us more questions (Fire Walk with Me is still great though). In this category, there is really only two big hitters: Star Trek (which has had nearly as many movies as its had seasons of television), and The X-Files.

The X-Files is my favorite show. I have an I Want to Believe poster on my wall, and, as I’m writing this I look up from my laptop to see my Fox Mulder action figure holding hands with my David Tennant Doctor. I also think that Chris Carter is a terrible writer but a great showrunner, but that’s another article for another blog.

The first X-Files movie, subtitled Fight the Future, was released at the height of the show’s popularity in 1998 between seasons five and six. It was the biggest show on the planet, the first contemporary messenger board show, and it was smart and funny and scary as hell – a hybrid of entertainment that, in the early nineties, paved the way for the likes of Buffy and Angel to perfect the formula.

The ’98 movie is great. It has a global scope, indelible and iconic images, that almost-kiss, some truly horrifying moments. It would be ten years before another movie surfaced – the awful I Want to Believe – but there is another X-Files movie that I want to talk about today. A movie so silly, so out-there, that you wonder if there is really a government conspiracy to cover it up.

And that movie is Hollywood AD.

The seventh season of The X-Files is one of the show’s weakest and, apart from a trio of monster of the week episodes written by Breaking Bad creator Vince Gilligan (Hungry, X-Cops, and Je Souhaite), there is nothing that celebrates how elastic the premise of the show is. Except for Hollywood AD. Written and directed by David Duchovny, this incredibly meta episode took the X-Files and Mulder, Scully and AD Skinner, to Hollywood as the FBI agents’ work on the paranormal gets the Hollywood treatment.

What follows is a forty two-minute argument for why television is the better medium for an X-File story, as details and nuances are dropped for brash action and caricaturist characterization, while the shallowness of proceedings is both maligned an celebrated in a very X Files way.

But even with the tone of the episode reinforcing the message that TV is the X-Files true home, I would love to see the finished version of that movie. With Garry Shandling and Tea Leoni as Mulder and Scully respectively, and with someone like Edgar Wright or noted X-Files enthusiast Simon Pegg on script duties, it would be much better than I Want to Believe. In this era of the wry meta-commentator reigning supreme, would could be a better shout for a perfect movie that just so happens not to exist yet?

That’s my fake movie wish. Whats yours? Do you want a feature length version of It’s Always Sunny’s Lethal Weapon 5 and 6? The McBain movies or an anthology of The Simpsons One Thousand Dollar Movie? Let us know. and keep watching the skis – uh, I mean, skies.