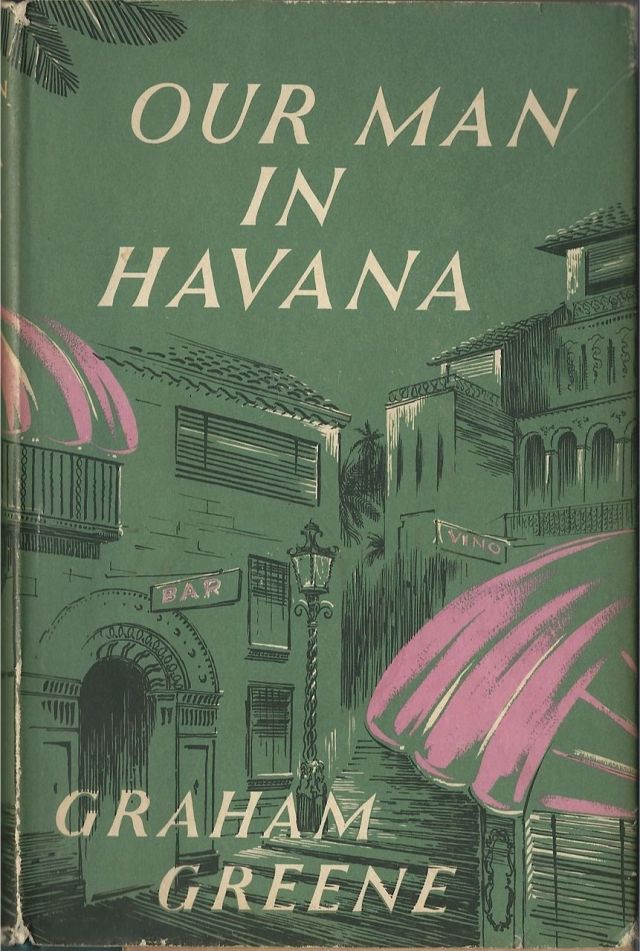 The Book-to-Movie Adaptations We Want to See

A couple of weeks ago, we shared our takes on the best book-to-film adaptations that we can’t get enough of. But that doesn’t cover those stories that we would love to see taken to the big screen that haven’t quite gotten there yet – so that’s what we want to talk about today. The books that we love, along with the directors we would love to see take them on, plus a little rant about why. To the list!

Book: In the Miso Soup by Ryu Murukami

But Why?: I have written about my great love for the wildly underrated and totally brilliant Ryu Murukami more than I would care to admit, but In the Miso Soup, the first book of his that I read, still stands out as my favourite. A weird and disturbing and bleakly comic double-hander, following a young Japanese tour guide for the Tokyo red light district and his increasingly uneasy relationship with an older American client with strange proclivities and stranger requirements. PTA knows how to pull off the odd tonal incongruity of a story like this, as his previous outing Phantom Thread proved, and his sharp eye for set design and detail could bring to life the neon-drenched backdrop against which this story takes place. And I also just need to see Ryu Murukami in the mainstream so I can finally have someone to talk to his work about.

But Why?: Chuck Palahniuk writes difficult books; there’s a reason that so few of them have been adapted, even though the ones that have made it to screen have been pretty damn good. Invisible Monsters is a powerhouse of a debut, a gender-bending murder-ish-mystery about beauty, identity, and the formation of masculinity and femininity. Nobody has taken on these themes in film more artfully than John Cameron Mitchell; his debut, Hedwig and the Angry Inch, is an iconic piece of queer cinema, springing from that same anarchic, experimental, wry place as Palahniuk’s early work. For me, he’s the only person who could take on this manic, hideous, and totally gorgeous story and give it the unflinching life that it deserves.

Book: Our Man in Havana by Graham Greene

But Why?: Chris Morris has spent his entire career taking us on a farcical tour of how our local, national, and global communication can lie to us, overreact, and create fear with the likes of Brass Eye, Four Lions, and last year’s criminally underrated The Day Shall Pass. It’s exactly this approach that makes him the perfect choice for an adaptation of Graham Greene’s Our Man in Havana: a brilliantly witty novel about an English ex-pat who unwittingly becomes a spy/informant except all of his reports are completely false. It’s a masterpiece of a comic novel and, though it already has a perfectly good film version directed by Carol Reed, I think its time for an update with Morris’ sharp comic sensibilities at the helm.

Book: The Trick is To Keep Breathing by Janice Galloway

But Why?: Lynne Ramsay is one of the our finest directors and perhaps the best contemporary filmmaker when it comes to character studies. With her previous work on We Need to Talk About Kevin, Morven Caller, and You Were Never Really Here (my film of 2018), Ramsay crafts stories of characters at a moment in their already difficult lives which could be their breaking point.

All of which is exactly why she would be the perfect choice to adapt Janice Galloway’s brilliant debut novel about one woman’s loneliness, and her battle with alcoholism and anorexia. Despite its reputation as one of Scotland’s greatest novels (Galloway is rightly held in the same esteem as modern greats Irvine Welsh, the late Alisdair Gray, and AL Kennedy), the reason, in my view, that it hasn’t been adapted is due to the internal nature of the novel. Lynne Ramsay is the type of filmmaker who is more than a match for this challenge.

But Why?: The Edible Woman, followed by pretty much the entire output of Margaret Atwood’s career, was one of the most transformative books that I’d ever picked up the first time I read it. Now, ten years later, I still love this curious, feminist, witty little body horror about the act of consumption and being consumed. I only discovered the work of Lucrecia Martel recently (hi, can I talk to you about Zama?), but she’s a creator with a strong grasp on internal storytelling and the ability to unwrap dense leads without overt exposition – not to mention a killer eye for cinematographic detail and women-driven stories that would fit so well with the specificity of this small, brilliant tale.

But Why?: Jennifer Lynch hasn’t directed a film since 2012 – when she came out with the poorly received Chained – and has spent the ensuing eight years carving out an impressive career in television with genre shows like Daredevil, Jessica Jones, American Horror Story, and The Walking Dead. Marisha Pessl’s cult novel, Night Film, could be her ticket back to the big time.

Scratch the surface of the plot, and you can see why Lynch would be perfect for this as the story follows a disgraced journalist’s pursuit of the truth about a reclusive filmmaker whose horror movies may pave a path straight to Hell. Now, I’m not saying that David Lynch, Jennifer’s father is in line with the devil, it’s just that the Blue Velvet director and Twin Peaks co-creator is almost an industry unto himself now, with legions of fans (myself included) will to analyse every millimeter of film the man has created.

With Jennifer Lynch’s own feature film career in tatters – let’s face it, she’s never made a real crowd-pleaser – Night Film could be just meta-textual enough to work while also a solid place to flex her new genre credentials.

If you liked this article and want to see more stuff like it, please consider supporting us on Ko-Fi!