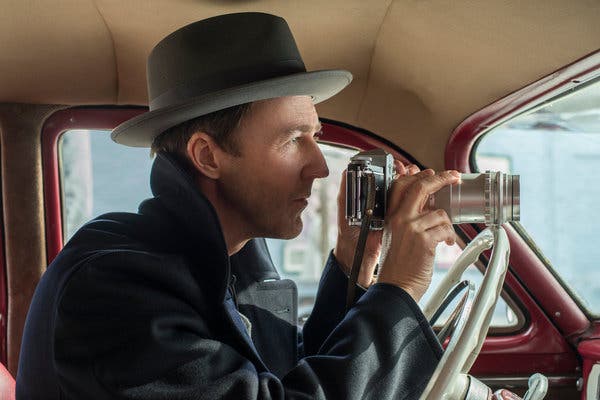 I feel like I’ve been waiting for Motherless Brooklyn nearly as long as Edward Norton has.

For an actor who is so infamous for his habit of fighting for as much creative control over his characters as possible, as well as his uncredited rewrites of some of his most prominent projects, you could be forgiven for thinking that the Fight Club actor would be into his second decade as a celebrated director.

In the time between Norton’s directorial debut, a charmingly wonky comedy about a priest and a rabbi falling for Jenna Elfman which was released in 2000, and Motherless Brooklyn, Ben Affleck has made four films, one of which won a bunch of Oscars. To me, this doesn’t make sense. Let me be honest from the start – Edward Norton is my favorite actor, a fact that has caused me no end of frustration over the years. His elusive screen presence has left me starved to say the least.

In many ways Motherless Brooklyn is a failure, yet none of those have anything to do with artistic merit. Again, as I wrote in my reviews of my previous Stephen King babies IT Chapter 2 and Doctor Sleep, the criticisms being launched at Motherless Brooklyn seem to be, to me at least, quite insubstantial.

A sprawling noir, the length of the movie has been a major critique which I could just about understand –  if it wasn’t shorter than most superhero movies. The plot is labyrinthine and convoluted according to some, but that’s just not the case. For one, if you want a convoluted film noir that most of these critics hail as a masterpiece, how about Howard Hawks’ The Big Sleep? Compared to that, Motherless Brooklyn is a piece of cake. To be a little bitchy, I think criticisms of the film being too long or convoluted might have to do with the attention span of these reviewers; but I can all but guarantee that you will not be lost watching this film. If I can follow it so can you. Rant over.

Motherless Brooklyn follows Norton as Lionel Essrog he investigates the conspiracy that led to the death of his boss and mentor, Frank Minna, played by an unusually vibrant Bruce Willis. Lionel is quite a character, and one that Norton plays with great sensitivity as he battles with Tourette’s syndrome and other compulsive behaviour. He is an unlikely leading man, and despite the quirks of his condition, he is an empathetic guide into a New York City rife with corruption; his hardships have earned him a deep empathy that’s unusual for a noir leading man, and a welcome change of pace in the uber-cynical outsider-narrative movies we’ve seen recently (yes, this is a Joker callout).

Despite wearing its hard-boiled influences on its sleeve, Motherless Brooklyn is far from a cynical film, which is a nice change. While the big bad is impossible to fully take down, personified by a very Trump-like Alec Baldwin as industrialist Moses Randolph, Norton creates a fifties New York with just as many people fighting for the sake of others as those who don’t give a shit about them. Through Lionel’s affection for Frank, he is able to connect with people who are just as much of an outsider as he is even if their circumstances are different, and Norton’s gentle, emotional, and witty performance is everything this film needs to ground it in a little optimism.

Motherless Brooklyn is, above all, worth the wait, even for a die-hard Nortonhead like me. An excellent film that is both a credit to its genre and a sly remix of its usual darkness, Norton does himself proud behind the camera in a passionate love letter to the noir that eschews coldness and embraces a humanist heart. It’s beautifully shot, scored, and acted, and I hope you will take this recommendation and give it a try. Otherwise Hollywood studios are going to think every grown-up movie needs a coat of clown paint, and that is the very last thing we need.