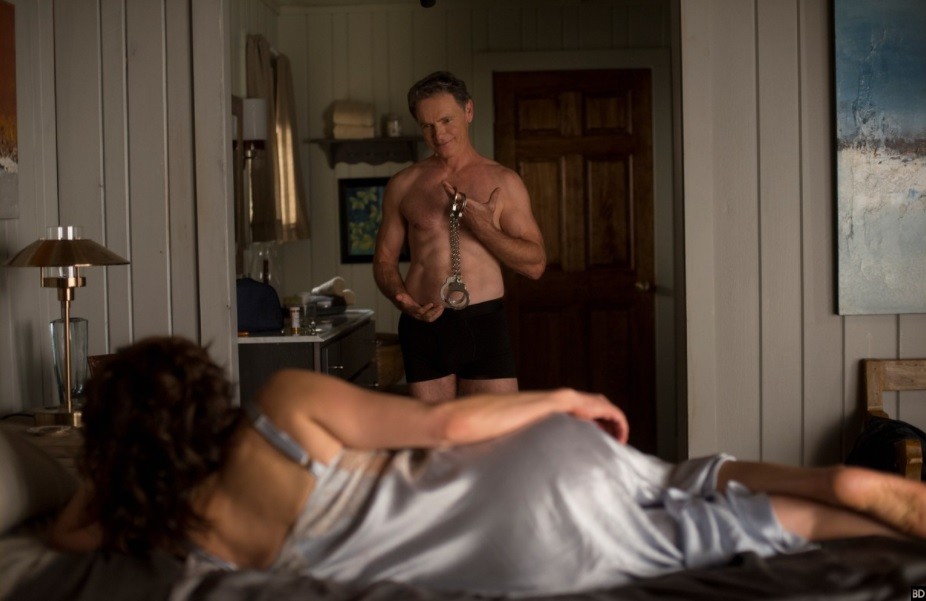 Anatomy of a Career: Mike Flanagan

anatomy of a career by thethreepennyguignolNovember 12, 2019

I’ll begin this article with a declaration: Mike Flanagan is the best horror director working today. Whether you think that is controversial, that I’m talking out my bum, or I’m painstakingly trying to think of article ideas that let me mention Ari Aster’s enormous ignorance, that’s your prerogative. Let’s face it, only one of those reasons can be proved: Midsommar is still pretentious, boring, and insulting, and I’ll never let it go.

In the current horror conversation, it’s Aster and Jordan Peele that are, mostly, deserving of high praise as three out of four films between them are genuinely excellent, but Flanagan has been working quietly within the genre for the last decade and has a frankly ridiculous track record of quality. Since 2012 he has released Occulus, Hush, Before I Wake, Oujia: Origin of Evil, Gerald’s Game, and created one of the best horror TV shows of all time with The Haunting of Hill House. Not only that, he has the ambition, the sheer “why the fuck not?” attitude to even attempt to make the a equal in Doctor Sleep to what is considered by most non-Exorcist fans as the greatest horror movie of all time, The Shining.

At first glance you could say that Flanagan’s filmography is solid but, apart from when he is adapting Stephen King and Shirley Jackson, these movies don’t get the recognition I feel they deserve. When it comes to socially important horror, Jordan Peele has everyone beat – Get Out and US are masterpieces of social horror so as far as that’s concerned he’s in the top dog when it comes to socially-relevant scares.

So I suppose that means Mike Flanagan belongs in the same bracket as Aster. Both have made films that use horror to inform the relationships, whether they be romantic or familial, between their characters, characters that apart from a few exceptions in Midsommar, are richly drawn. What puts Flanagan above his nearest rivals is two things: consistency, and his ability to scare without silly gimmicks. His work is most notable for its lack of jump scares, at least in comparison to James Wan’s work, and a reliance on atmosphere and performance. What also helps is that, apart from Doctor Sleep (a Mike Flanagan film with a severe case of wanderlust), most of the director’s films take place in a single location.

His women-in-peril films, Hush and Gerald’s Game are a prime example of this. In Hush, our deaf hero must survive and eventually outsmart a psychotic killer as he repeatedly tries to break into her house. Here, we see Flanagan’s penchant for little twists to the formula; Hush is a standard home invasion movie on paper, but with the heroine being deaf the stakes are much higher and the film becomes a lot less predictable.

Gerald’s Game is even more self-contained. At first, it would seem a strange choice for a director in terms of adapting Stephen King, there are literally hundreds of stories to chose from, but Gerald’s Game, when looking at Flanagan’s career, makes the most sense. Not only is the action contained within one room, it’s also contained within the mind of Jessie (the brilliant Carla Gugino, a regular collaborator of Flanagan’s). Both films are about survival, but they are also about character.

Lastly, we have Flanagan’s supernatural films, all of which are excellent. Occulus is the film that helped the director break through to the big time. Its story of a brother and sister fighting an entity housed in a gothic-as-fuck mirror, over two separate timelines which begin to converge, is basically Hill House on steroids. Ouija: Origin of Evil does the impossible by taking a franchise that was conceived in the most cynical of ways imaginable (I’m surprised the box Ouija boards come in don’t say “AS SEEN IN THE EXORCIST”), and what did Flanagan do? Threw out the jump scares, cast some character actors and turned up the dread. This is one of those Orson Welles examples, specifically A Touch of Evil, where Welles found the worst script he could get and turn it into a classic film. While Origin of Evil isn’t a classic (though every other film I’ve mentioned is) it’s great for a good scare. Before I Wake is also worth a watch. It’s Flanagan’s most flawed movie but it’s more of a noble failure, with a great idea that isn’t as fully explored as his other films.

So, I challenge you to watch these films (and his debut horror film, Absentia, though that may be more difficult to track down) and tell me if you think I’m right, and if not, who you think the best horror director if this decade is. Because if it isn’t Mike Flanagan, damn, I want to watch them.