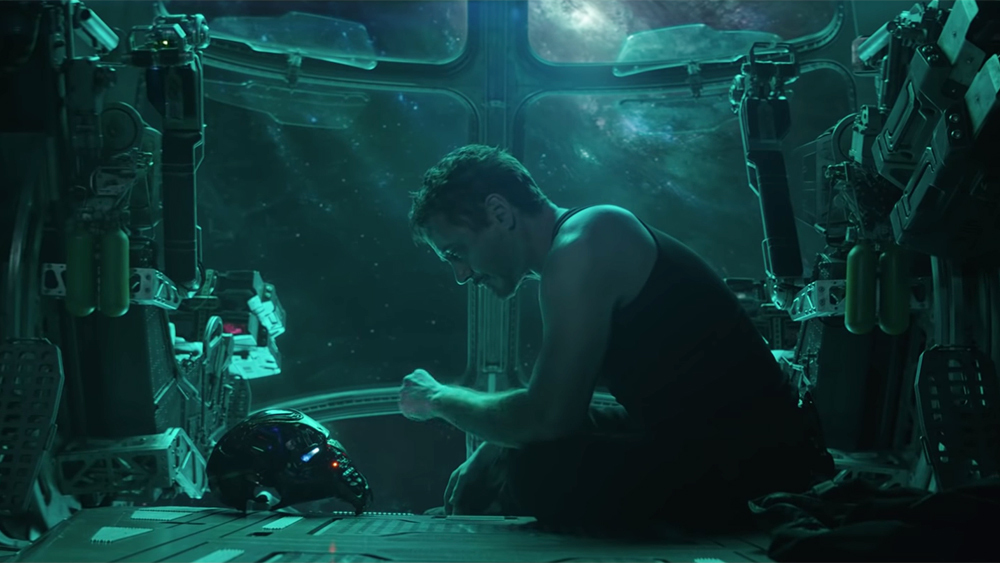 At the showing of Avengers: Endgame that I attended, the credits were met with a round of applause from the audience. And, honestly, the fact that the Russo brothers managed to pull off a movie that was even vaguely on the side of coherence? That alone deserves the an ovation. Spoilers to come, so click away if you haven’t seen the movie yet.

Because Endgame, a follow up to last year’s Infinity War, is the climax of perhaps one of the most ambitious cinematic experiments of all time: it’s the twenty-third movie in the Marvel Cinematic Universe, a great sprawling series that has encompassed a dozen lead characters, scores of memorable supporting casts, as well as locations, settings, backstories, and tonal nuances galore. We’re talking more than forty hours of lore, all leading to this, an epic three-hour finale piece that ties off several straight days’ worth of storytelling, which started back in 2008, with Iron Man.

So it makes sense, in a lot of ways that this should be Tony Stark’s story, first and foremost. With a story that spans as enormous a cast as this, it needs a centrepoint to hinge on, and, as the beginning of this whole affair, Tony Stark is the natural choice. Much of Tony’s arc (for better or for worse) has revolved around loss, and the trauma that comes with everything he has to do in his role as Iron Man. Of course, this is the first time he’s been really grappling with losing those battles, and the deep weariness and grief in this performance reflects much of the downbeat, depressed nature of Endgame. RDJ has always been the driving star power behind the Avengers franchise, one of the biggest names to pre-exist his tenure in this franchise, and he brings that in spades to this, his final performance in the role. It’s easy to forget, sometimes, that these blockbuster movies are more than just comic book cliches wrought to life, but the end of Iron Man’s arc is probably the most effective part of the film – and brings to an end an era of cinematic history like no other.

But, of course, there’s far more to this movie than just Tony. In fact, there’s far more to this movie that there perhaps should be at all – each act seems to contain a whole three-act arc of its own, with enough plot across the entire movie to sustain a solid ten-part miniseries. Arguably, this starts out as a post-apocalyptic story – the world, ruined and empty, is mostly trying to catch its breath even five years after the horror of losing fifty percent of all living things. Watching the remaining Avengers try to navigate this grim life is a uniquely depressing experience (the opening, featuring Hawkeye losing his family in the snap of the previous movie, is impressive in its brutal starkness), but one that lays the emotional groundwork for what is to come.

Which is really a ridiculous time-travel romp topped off with a CGI clusterfuck of a final battle. Pairing down the remaining leads to the handful that hung on after the snap allows the movie to centre in on a few streamlined emotional throughlines. Most prominent here are Captain America and Black Widow’s – both of them are also seeing out the end of their time serving under the great Marvel machine, with varying effect. Perhaps it’s just how bored Chris Evans has seemed during press for this movie, but his performance here often feels a little lacklustre – Scarlett Johanssen, on the other hand, grounds her exit is some deep, aching love for the people around her, making her eventual demise even more bittersweet. Guess that solo movie’s going to have to be a prequel now, huh?

It’s hard to cover everything that this movie gets into, unless we go in through a minute-by-minute breakdown of every action-packed second of this outing: Chris Hemsworth’s Thor gets a traditionally warm and hilarious outing, while Brie Larson’s Captain Marvel still feels a little outside proceedings, maybe because this is the first time we’ve seen this character interacting with the wider cast. Nebula, played by Karen Gillan who happens to be from my hometown and is therefore a close personal friend of mine personally, really gets a chance to shine here – I’ve always enjoyed Gillan as a performer and she gets to run the emotional gamut across a double-handed arc here. Josh Brolin’s turn as Thanos across these two movies might honestly be one of the best performances of his career, even if the final showdown between him and the rest of the cast slips a little too far into “giant grey CGI mess” territory for my liking.

Really, the most impressive thing about Endgame is that it managed to hack a coherent ending out of such an enormous stack of stories – as well as being a pretty solid movie in its own right, too. Yes, it’s overstuffed, and yes, at times it feels box-ticking, but it manages to stick the landing of an almost incomprehensily enormous story, as well as eking out some genuine pathos from proceedings. With a story this big, the hardest thing is making it feel personal – but with Endgame, Marvel sticks the landing to a complex, volatile story by grounding it in the intimate smallness that has made the franchise such an enduring exercise in sheer cinematic ambition.

If you enjoyed this article, please check out the rest of our MCU retrospective, as well as our ongoing look at the Batman cinematic universe, and consider supporting us on Patreon! You can check out more of my work on my personal blog, The Cutprice Guignol!.