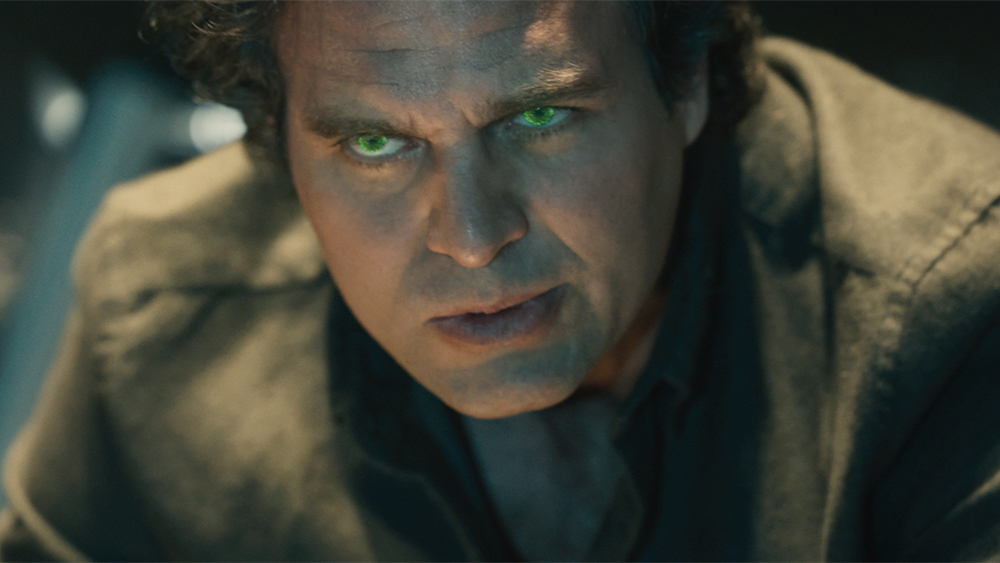 No But Listen: Mark Ruffalo’s Hulk

no but listen debate by thethreepennyguignolMarch 29, 2019

With the second part of the latest Avengers story coming out next month, a heated debate has broken out in the No But Listen household once more: is Mark Ruffalo’s Hulk actually any good? And we figured that the only way to solve it was to yell our opinions, as ever, into the void of the internet, in one of our two-sided signature No But Listen debate articles, and find out what you guys think about our big green PMT machine. To the debate!

Until the Hulk was introduced to the Marvel Cinematic Universe, the big green rage monster had a slightly hit and miss relationship with his live-action representations. There was the extremely popular TV show, in which Bruce was named David for reasons irrelevant to this article, but cool trivia, right? The iconic figure of body-builder Lou Forgino became the symbol of one of Marvel’s most iconic characters. While the show was decades old by the time I came to TV, I still managed to catch a few episodes in my childhood, and they hold up pretty damn well.

Yet it was the double-Oscar winning director Ang Lee’s vision that properly launched the character on the big screen; no doubt Universal’s attempt to grab a piece of the success of the Spiderman and X-Men movies of the time. The movie is a dud – despite work behind the camera by a visionary director, the casting of Eric Bana took Thor’s hammer (Synergy! Is this what synergy is!) to the movie’s success.

Next came The Incredible Hulk – a much better movie than it’s predecessor, but that’s the equivalent of saying a kick in the arse is better than a knee in the balls. Once again, as I discussed in my article on the movie, the biggest failure here was the lead performance by Edward Norton. Despite the fact that he had a hand in writing this version of the character, this Banner is a complete blank, no doubt exacerbated by the fact that the movie had to follow the glossy, charismatic performance by Robert Downey Junior as Iron Man in the MCU.

But once again, the Hulk was recast , with Mark Ruffalo stepping in for the The Avengers. It’s difficult to say if, given the chance, Norton could have recalibrated his Bruce to work alongside the rest of the team, but this is instantly what Ruffalo manages to do with the role: he’s frankly brilliant in the movie, and as part of an ensemble, the Hulk makes so much more sense. His chemistry from previously working with other actors, such as RDJ in the superb Zodaic, gives him an easy slot to fall into within the Avengers canon. Sure, it’s true that the romantic pairing of Bruce and Natasha did neither character any favours, but that is quickly wiped from memory with his gloriously goofy intergalactic buddy-cop team-up with Thor in Ragnarok.

For me, the reason that Ruffalo works so well is simply that he brings his prestige background and his easy chemistry with the rest of the cast to turn the Hulk into more than just a big green cross dude – he might always be angry, but it’s Ruffalo’s immense talent as a character actor that ground Bruce in something more.

I vividly remember the moment I realized. I was watching the trailer for Age of Ultron (and reviewing it here, actually) what feels like ten thousand franchises ago now, and Mark Ruffalo said the words “Artificial Intelligence”, and it hit me: I fucking hated this performance.

And it took me that long to figure it out because I love Mark Ruffalo as an actor. I was raised in a pro-Ruffalo household, where my parents would bring home DVDs (remember those? Me neither) just because he was in them. I’ve seen him put in a plethora of amazing performances; Foxcatcher, Zodiac, Shutter Island. His quietness and ability to imbue even functional characters with depth and with and intelligence has had me a huge fan of his work for years.

But you know what? That doesn’t work for a character like this one, in a universe like this one. To me, as the Hulk, Ruffalo seems as though he has been recently awakened from a long nap – wandering around screen, drawling, looking like a little bit of drool might fall out of his mouth at any moment as he wonders how long he has to stay upright before he goes back to sleep. He’s too restrained, too internal, that intense talent at underplaying at odds with the hugeness of the stories and characters he’s up against. He looks too often like a tired dad trying to make nice and play with the neighbours’ kids at a birthday party he never wanted to throw in the first place, Sharon, when he’s with the swarthily goofy actors that make up the rest of the Avengers crew – it just doesn’t feel right.

As my esteemed co-writer has pointed out above, Mark Ruffalo is still probably the best cinematic Hulk. But when the bar is that low, that really isn’t saying a lot.

If you enjoyed this article, please check out the rest of our MCU retrospective, as well as our look at the Batman cinematic universe, and consider supporting us on Patreon!