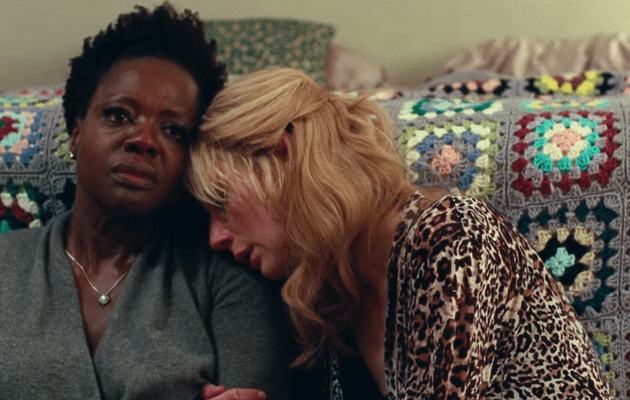 If there’s a director I can say without qualification that I love, it’s Steven McQueen. Right from his exceptional debut Hunger, to his raw, gritty Shame, to the stunning period drama 12 Years a Slave, he’s a creator who consistently finds the humanity in even the bleakest of his stories, stepping clear of schmaltz with a laser-focus on the grey areas that exist between morality and cruelty. He’s got a stunning eye for cinematography, a fantastic ear for story, and generally has proved himself one of the most singularly talented directors in the business today. McQueen has consistently delivered on near-perfect cinematic outings, the kind that engulf you for a couple of hours and leave room for nothing else.

So bear this in mind when I say what I’m going to say. I didn’t come into his latest feature, Widows, wanting to dislike it. I’ve been excited about this movie for what feels like two straight years. Not only was it a return to the big screen for one of the best directors around, but that cast: Daniel Kaluuya, fresh of a couple of exceptional turns in Get Out and Black Panther, Liam Neeson finally doing something serious, and, of course, Viola Davis, one of the best actresses and probably people on the planet right now. Pitched as a gritty crime thriller, Widows follows the story of three women left behind after their husbands are killed in a heist gone wrong, trying to navigate life – and stay alive – after their loss. It seemed outside the wheelhouse of McQueen’s usual character-focused stories, but that was fine. He had to try something radical, right?

But honestly, Widows just…isn’t good. I mean, yes, of course, it’s still a crisply-made movie, with some handsome cinematography and fantastic performances, particularly from Davis, Elizabeth Debicki, and Michelle Rodriguez as the titular widows. Daniel Kaluuya is suitably unsettling as the movie’s resident heavy – his “look at how scary this motherfucker is” introduction scene is one of the better ones in recent memory, and proof that Kaluuya has some great villains in his future – and there are flashes of the depth that Widows could have shown if it had really committed to one side of its story or another.

But my biggest problem with it was that it lacked the weighty themes of McQueen’s earlier works. There was certainly a lot running through there – grief, exploitation, deceit, self-realization – but nothing really feels settled, the film just trying to cram in too damn much to deeply explore anything in a way that feels satisfying. These actors are giving their all to the performances, but the characters are plucked straight from an airport thriller, and there are just so damn many of them that even the more nuanced ones get lost in the mix.

There’s a scene where Michelle Rodriguez’ character shares a spontaneous kiss with a fellow widower that she had been trying to con information out of, not as part of her con, but because she craves the connection. And it’s so helpless and emotional and powerful, a woman stuck suddenly without her support system reaching for something to keep her afloat; a flash of what Widows could have delved into if it hadn’t been so caught up in the pulpy plot.

Because, yeah, the story was another big problem for this film. I mentioned airport thrillers earlier, and this is the best way I can think of the describe the plot. There were about four pretty decent films crammed into this one – Davis’ character navigating her grief and anger after the death of her husband, the heist that the widows are left to pull off, the political race between two opposing city council members, all set against the backdrop of a tense but hopeful Chicago – but none of them get the airing they deserve. It’s cluttered, muddled, messy, apparently determined to shock us with big twists that feel a little patronising once they actually arrive.

Don’t get me wrong, I’m all here for a little bit of silly, over-the-top nonsense every now and then, but the film seemed to take itself just a little too seriously to get away with the soap opera twists and laboured emotional beats. The film is based on a TV series, and I wonder if a little more space to let everything breathe would have rendered it more successful.

Even writing this, I can’t help but wonder if there was something that I missed, because I’ve enjoyed McQueen’s work so much before this – maybe Widows is actually a brilliant deconstruction of the crime thriller genre, and I’m just too dumb to see it – but it was the first film of his that I really found unengaging. While there are flashes of his textbook excellence, Widows left me wanting more – and wondering if a movie was really the best medium for this overcrowded story.