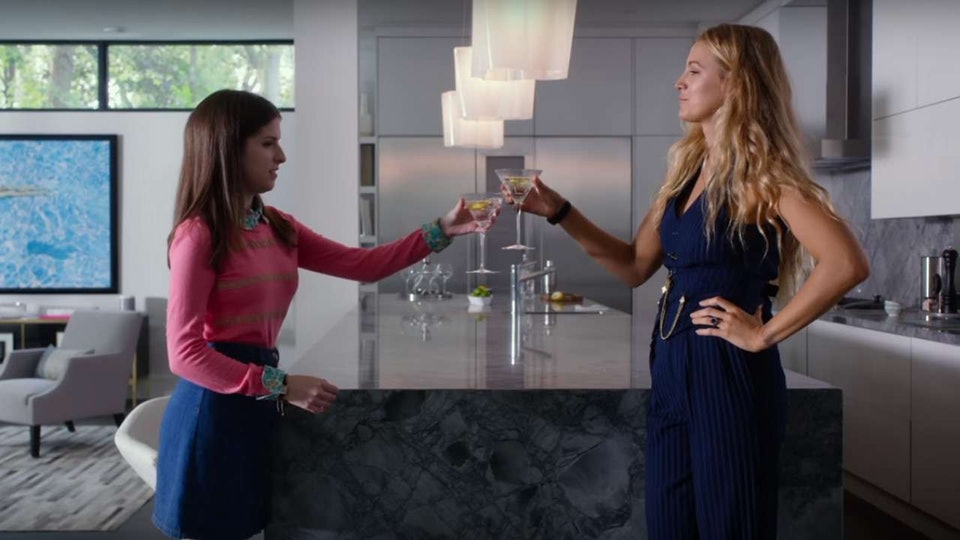 If I had to come up with a way to describe A Simple Favo(u)r is “tonally deranged” – bouncing between black comedy, Lifetime movie, crime thriller, and family drama, it’s about as all over the place as movie can be without screeching directly over the edge of Coherence Mountain and into Suicide Squad Valley. But perhaps that’s not entirely fair – because it suggests that there isn’t a method to this madness. And there certainly is.

Following the story of Mommy vlogger Stephanie (Anna Kendrick), a single mother who befriends a mysterious and successful Emily (Blake Lively), parent to her son’s best friend. After Emily asks Stephanie to pick up her son from school one day, she goes missing, sending Stephanie down a rabbithole of trying to figure out what the hell has happened to her best friend – and what secrets her obsfucated past contains.

And to be honest, the performances are really what sell A Simple Favor for me. Blake Lively has oozed an effortless, cool-girl charisma ever since she turned up in Gossip Girl nearly ten years ago, and the subversion of it into something sinister works beautifully under Feig’s direction. Anna Kendrick matches her energy perfectly as the strung-out, obsessive Stephanie, and her comic chops land the black comedy for gag after twisted gag. Greek chorus guest turns for Linda Cardellini and Andrew Rannells enhance the film’s pointed strangeness, with even the acclaimed Jean Smart turning in a deliciously unsettling matriarchal nightmare of a performance.

And director Paul Feig wants to rinse this premise for every single aspect is has to offer. To say the plot is twisty-turny is to undercut the sheer narrative madness that A Simple Favor leans in to beyond a certain point: things get eye-rollingly ridiculous and cliche, and then things get aggressively ridiculous and cliche, and then it comes around again to being this gleeful, loving pastiche of the pointed awfulness of thrillers like this one. Add to this the luscious luxury that seems to ooze from every frame of this movie, from Lively’s Hepburn-meets-Bogart wardrobe to the icy impressiveness of wealthy suburbia, and this feels like a step up for Feig, compared to his more straight comedy productions prior to this. Gone Girl on prescription amphetamines, A Simple Favor feels unhinged in the best possible way, loose and wild and fresh and impossible to predict.

And that’s really what makes this one of the most enjoyable viewing experiences I’ve had in such a long time. It’s rare for a film to really keep me on the edge of my seat like this, to keep me guessing right up until the last moment, but the constantly shifting tone and focus are genuinely compelling. I love an odd movie, and this is one of the oddest ones to sneak into the mainstream in a long time. Those trailers might have sold it as straight, but A Simple Favor is anything but – dark, twisted, sly, and funny, Feig offers audiences a sharp noir-ish nightmare that runs the gamut of genre trickery from start to finish, and never fails to deliver on pure entertainment.

If you enjoyed this and want to see more stuff like it, please consider supporting us on Patreon. You can check out more of my work on my personal blog, The Cutprice Guignol!