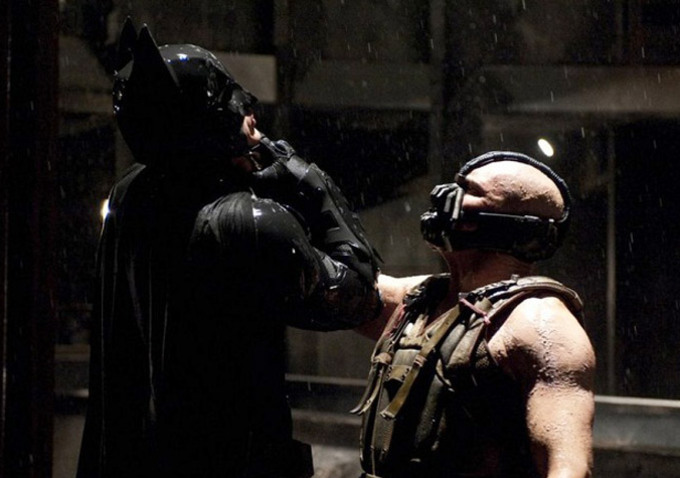 Despite universal critical acclaim and being hailed as an instant classic when it was released in the summer of 2012, The Dark Knight Rises is perhaps the most polarizing cinematic outing of the Caped Crusader. After the overwhelming success of The Dark Knight, director Christopher Nolan wasn’t sure that he even wanted to do another film starring the character that he saved from the mediocrity of the Schumacher films, and who could blame him?

How do you top The Dark Knight? It’s impossible, something that has been confirmed by the fact that no one has been able to achieve this in the ten years since its release. It would have made sense from Nolan’s perspective to either leave the franchise where it was, by going out on a guaranteed high, or let someone else have a crack at a third film, but Nolan isn’t a quitter. Thanks to The Dark Knight, Nolan had something that every director, especially blockbuster directors, could only dream of: complete creative control. This meant that Nolan, along with his writing partner, brother Jonathan, were able to craft a story that had the chance to do something that superhero movies had never attempted before: end their hero’s journey once and for all. As the director himself says:

“Endings are very important. I don’t embark on a project if I don’t have a very strong sense of how things are going to end. That’s been the case with all three films, and very much so with The Dark Knight Rises – because the entire story arc is ending with this film.”

I have a very strange relationship with The Dark Knight Rises. Like so many, I praised it as yet another classic, a case in which a director’s vision and ambition paid off whole also breaking new ground for superhero movies as a whole. Yet even in that first viewing, seen in IMAX for maximum effect, there was this tiny little voice in my head that kept whispering that something wasn’t right. It took me at least two more years before I started listening to that voice, mainly because I wanted to believe that Nolan, Bale and company had pulled it off. It has gotten to the point now that whenever I watch The Dark Knight Rises it feels like the first time, a fresh start without the rose-tinted glasses and a new opportunity to properly make my mind up. That’s also the downside to every viewing feeling like the first, it means that I still haven’t made my mind up.

As I’ve mentioned before in regards to this series, there were particular Batman films that I couldn’t wait to write about, but as it got closer, I was afraid that The Dark Knight Rises would stump me yet again, that I still wouldn’t be able to for a coherent opinion on it. The reason for that fear is very simple; The Dark Knight Rises is far from the masterpiece that most of us thought in 2012, but it isn’t a complete failure either. In the simplest terms, The Dark Knight Rises is an ambitious, mostly entertaining film that is overblown, extremely bloated, and gives off the feeling that many people involved just wanted to get it finished. With the need to somehow make the closing chapter in the trilogy feel bigger than its two predecessors, many of the ideas introduced don’t get the attention they deserve.

The key to The Dark Knight Rises’ strengths and weaknesses lies in the connective tissue between Batman Begins and The Dark Knight. As a sequel to The Dark Knight, and the events that connect the two, The Dark Knight Rises falls short. While there are some interesting ideas born from the lie that ultimately saves Gotham from organized crime, that Batman went on a murdering rampage instead of Harvey Dent, the film seems to pull its punches once the truth is revealed. In the eight years since the events of The Dark Knight, Harvey Dent has been mythologized as Gotham’s White Knight, with a piece of legislation called The Dent Act that has helped Gotham’s police force and justice system crack down on the mob. Our re-introduction to Gotham even happens to take place on Harvey Dent Day.

As a result of this Bruce has gone into self-imposed exile, with Batman vanishing after he took the blame for Dent’s death. The more I thought about result of that lie that we see in this film it makes a little more sense that people see the ending to The Dark Knight as a win for Gotham. The streets are safe and organized crime has been wiped out. All in all, it’s a very positive place for the city to be in. Then Bane takes over and reveals the truth about Harvey Dent just as he is about to release the criminals that the Dent act put away from Blackgate prison. This should be a huge moment, but The Dark Knight Rises has got so many plots going on at once that the reveal of Harvey Dent’s homicidal actions gets lost in the mix. Once the Blackgate inmates are released they immediately go after Gotham’s rich, which doesn’t make sense in terms as a consequence of this reveal. Granted, most of Gotham’s police are trapped in the sewers, but it’s not the rich that put these criminals away, so their pursuit of them doesn’t track well. The film does try to investigate the gap between the rich and poor of the city but trying to tie it into this reveal stinks of a creative team that realized that they had left a timebomb over from the last movie and failed to merge it with the concerns of this one.

This isn’t The Dark Knight Rises only problem though. At nearly three hours long, it feels bloated and self-indulgent, with far too many characters that are leading sub-plots of their own. The Dark Knight excelled at portraying the battle for Gotham’s soul with a lot less characters which gave their stories a lot more impact and the plot a more streamlined feel. What is left is a film that feels epic in scale yet unfocused in execution.

Then there are the villains of the piece: Bane and Talia. While the trilogy portrays a more realistic take on the Batman mythos, The Dark Knight Rises nearly buckles from how ridiculous these villains are. Tom Hardy’s Bane is incredibly imposing, with much of the strength of Hardy’s performance coming through sheer physicality. Yet every time he opens his mouth I want to laugh. Talia is no different, and the writing for both characters, especially in comparison to The Joker, feels ridiculous and obvious. While they are no where near as campy as Burton or Schumacher’s villains, Bane and Talia are certainly close, but in a movie that is borderline po-faced.

After Heath Ledger stole the show in The Dark Knight, The Dark Knight Rises brings Batman and Christian Bale back to center stage. In Batman Begins, Bruce exiles himself from Gotham for seven years in his quest to understand the criminal mind and train his body and mind to return as a force of justice. He returns to Gotham, defeating the city’s biggest crime boss, and his old mentor Ras Al Ghul while also given the people of Gotham the hope that things could get better. The Dark Knight Rises has Bruce in exile once again, but this time he is a broken man thanks to the death of Rachael and the consequences of being the hero that Gotham needed to be the villain. It’s only when Selina Kyle steals his mother’s peal necklace that he even thinks about returning to the world, which he does fully when Bane attacks the Stock Exchange.

It’s true that when Bruce suits up, and pursues Bane through the streets of Gotham, that this feels like a triumphant return, and it’s placed in the runtime where he took down Falcone’s men in Batman Begins. Except Nolan has better ideas. Bruce is far from up to the challenge of Bane, something Alfred says until he has to leave to try and help Bruce see reason. His brutal defeat at the hands of Bane is the perfect way to show how out of his depth Bruce really is.

One of the recurring motifs in The Dark Knight Rises is the idea of exile. Bruce exiles himself from the city he had sworn to protect and the exiled by Bane. Bane himself was excommunicated from the League of Shadows. Even Gotham is exiled from the world at large when Bane and Talia’s plan cuts off the city under siege. In terms of Bruce’s story, he had to be defeated, cut off from his money, his only remaining family, and his city so he could return as an enlightened warrior, just like he achieved in Batman Begins.

All of which leads to a climax that, bar the need for a nuclear bomb aside, brings the trilogy to a fantastic conclusion. Nolan achieves this by leaning into the ensemble in the same way as Batman Begins. While The Dark Knight is an indictment of the typical “they fight” third act, The Dark Knight Rises pulls it off with gusto. In Burton’s films, Batman was a lone vigilante and the attempt to team him up with sidekicks in the Schumacher films was a complete failure. The Dark Knight trilogy culminates with the need of Batman to have allies like Gordon, Blake, Lucius, and Catwoman. Even the police force, which has been characterized as corrupt in the previous films, is on the frontline against Bane and Talia’s army. The return of Batman galvanizes the city into fighting for itself coming full circle in what Batman is supposed to symbolize for Gotham.

Then there is the ending, with Bruce and Selina either living happily ever after or, as some believe are, just as a figment of Alfred’s imagination. Some feel that if Bruce is truly alive that this dilutes his actions as Batman. I don’t think this is true, and Alfred is the key here. We have a hero in Batman, and a villain in Talia, that come to Gotham in an effort to fulfill their dead fathers-es legacy, but what if in saving Gotham from destruction Bruce is able to put that need to bed? Perhaps he looks to another father figure, Alfred obviously, and decides that what he wants for Bruce – a normal life – is what he deserves. I’m of the opinion that, after what Bruce has given to Gotham as Batman, he deserves a reward – even if that reward is just a figment of the imagination of the man who loved him most. The Dark Knight Trilogy was never meant to be a tragedy, it’s a story about how one man gave hope to a city that was dying. I think he deserves a reward for that. Don’t you?

If you enjoyed this retrospective, please be sure to tune in next week for our look at the dreaded Batman vs Superman. You can also take a look at our other cinematic universe retrospectives, for the Marvel Cinematic Universe and the Jurassic Park movies! And, as ever, if you enjoyed this and want to see more stuff like it, please consider supporting us on Patreon.