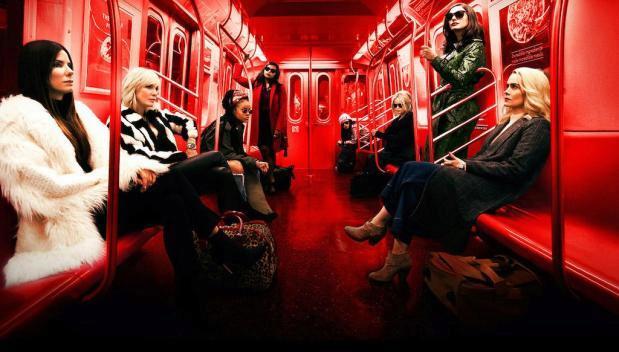 Alright, so you’ve already seen the reviews for Ocean’s 8 – it’s a tight, slick, entertaining entry into the Oceans canon that doesn’t rewrite the rulebook but does well enough within those boundaries. But when it comes to the Oceans movies, the heist is secondary. It’s all about that main cast, the painfully slick, ultra-cool, slightly sly take on the crime genre’s key character types. So, with that in mind, let’s figure out who tops the bunch with the latest entry into the franchise, Ocean’s 8 (written and directed by Gary Ross), and who stole the show.

No shade to Kaling here, who is a killer actress and general badass in her own right, but she served a deeply functional role in Ocean’s 8. Despite some flickers of decent comic moments, she felt like the thinnest member of the eight in terms of development, and every notable thing she brought to the film (like her comedy chops) were better filled out by someone else.

Look, I’ll be honest here: I totally thought Rihanna was stunt casting for Ocean’s 8 and that she’d stand out as the most obvious bit of product placement in the story as a whole. And yeah, the film doesn’t rely on her for a huge amount, which is the right choice, but Rihanna has an amount of swagger and effortless cool that you just can’t paper over. She’s not changing the game, but as the stoner tech genius, she brings just enough sly charisma to the role to tip her into the positives.

Another musician taking on a main role, maybe it played to Awkwafina’s benefit that I was coming into this with no preconceptions about who she was. Because the role she slid into – the street hustler and pickpocket – was so idiosyncratic and specific, it could have been a detriment to have her personality already seared on to my brain. This is a distinctly goofy performance but a totally fun one, with Constance’s sleights-of-hand(s?) working with her easy, laid-back charm.

It pains me to put Sarah Paulson anywhere other than number one, because I will stan for her till the day I drop dead on her Oscar campaign, but sheer lack of screentime puts her middle of the table. Paulson is a total chameleon of an actress (just check her out in American Horror Story if you don’t believe me), and it’s fun to see her take on something with as much comedic value as an ex-criminal suburban mom going back into the game for one last score. She’s just the right about of uptight versus subversive, and Paulson brings a whole lot to the thin screentime she gets. Not that I can ever buy her playing a straight woman, but still.

Look, I have been called Lou my entire life and I think it’s fair to assume this character is based on me: wildly cool, with a flagrant fashion sense and oozing sapphic attraction, the resemblance is uncanny. Cate Blanchett, with that awesome face, is clearly having great fun taking on the Brad Pitt role of the previous films, practically misting up the screen with her impossibly cool presence and street-smarts. It’s not going to win any Oscars, but I prefer her in this than Blue fucking Jasmine.

I haven’t seen a lot of Helena Bonham Carter for a while, but casting her here was a bolt of inspiration: as an eccentric Irish fashion designer up to her neck in unpaid taxes, she’s the least criminal of the lot and therefore the must flutteringly nervous wreck of the entire film. Bonham Carter is always a treat, but having as much fun as she is here, sharing the screen with a talented and committed cast, this is probably my favourite performance from her in a long time.

Honestly, this character is as high up as she is because Hathaway is clearly having such a fucking good time in this role. After a worthy dirge of serious roles, she plays the apparent airhead actress who is unknowingly central to the heist in the middle of Ocean’s 8. Hathaway is a tremendously talented actress, and here she’s just proving she can pull of self-aware comedy as well as she can belting out I Dreamed a Dream and dying of consumption.

Oh, man, most of the reason this film worked for me was because of this performance. Bullock oozes charisma and easy cool as the conwoman with an addiction to the criminal life and some vengenace to exact against her shitty ex. From her superb character introduction right through to the last moment of the film, as she toasts her deceased brother, it’s just a truly fabulous performance, perfectly considered and balanced between coldness and warmth. Worth the price of admission alone.