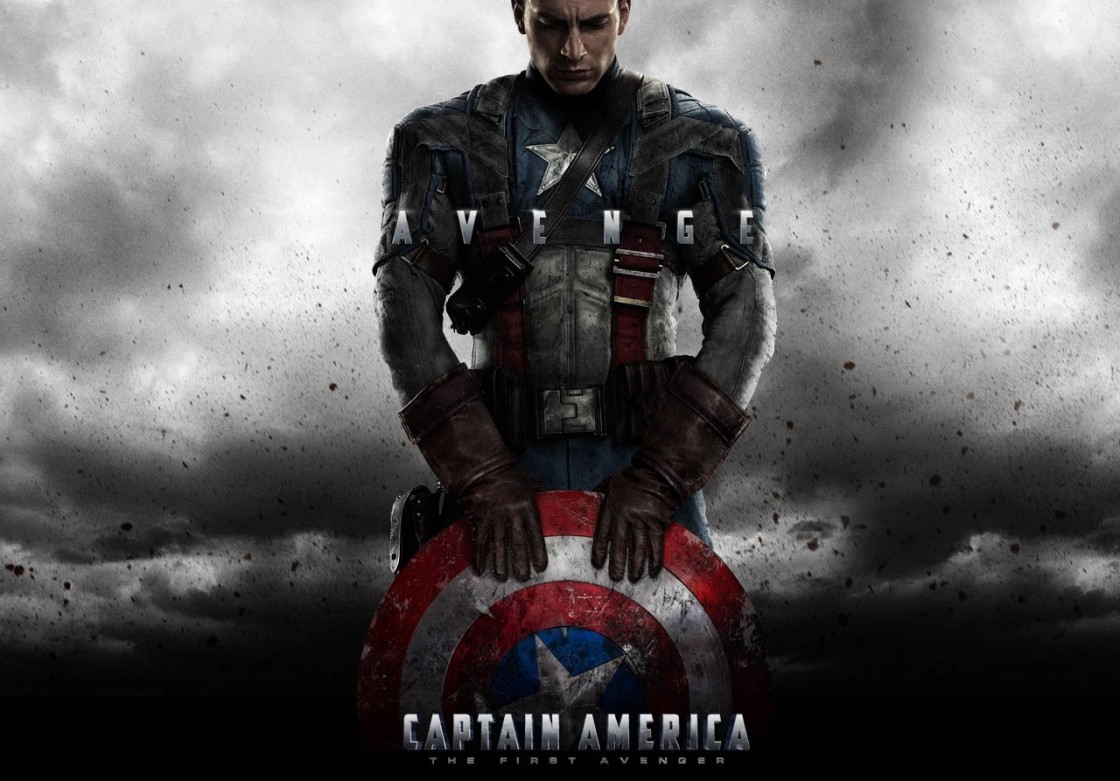 Phase One of the Marvel Cinematic Universe is full of movies that no-one really talks about anymore. The core group of heroes introduced in these movies – Iron Man, The Hulk, Thor, and now Captain America – have all appeared in movies that are vastly superior to those that served as their introductions. Who talks about Iron Man 2 or The Incredible Hulk, or Thor, when you can talk about Civil War or Ragnarok or Guardians of the Galaxy? The First Avenger suffers from this problem more than the rest as it’s the most stylistically different opening chapter of its central hero.

For many Marvel fans Chris Evans is the epitome of everything Steve Rogers stands for: he’s handsome, built like holy fuck, with an easy morality and sense of goodness that frequently make him the butt of Tony Stark’s jokes. All of this is valid, but that doesn’t stop Evans from being the weakest leading man of the Marvel universe (except maybe Danny Rand but no one gives a fuck about Iron Fist if we’re being honest with ourselves).

More than any other Avenger, Cap works best as part of a team, which his Avengers appearances and future solo movies (that aren’t actually solo at all) prove in spades. The First Avenger, despite the presence of Bucky and the Howling Commandoes, is the only movie where Cap really feels like he’s leading his own movie.

The First Avenger is set up as a classic wartime espionage thriller by Jumanji director Joe Johnson. It’s packed with classic spy tropes like cyanide pill-popping assassins (hello Richard Armitage, I loved you in Hannibal) mixed with aw-shucks army training/bonding. At the centre is Steve Rogers, the tiniest CGI dude before that recent Matt Damon film no one has seen. Steve is a patriot and wants to help America win the Second World War, but he’s skinny, weak, and just happens to be brave as all hell.

Before Steve’s transformation via the Super Soldier serum, there are two excellent scenes that tell us everything we need to know about him as a character: the first is when he’s getting beat up in an alley, when he uses a trash can lid as a shield (it’s not subtle foreshadowing, but it’s gosh-damn effective) and utters a line that would come to define him. Battered and clearly losing he utters “I could do this all day”. The second scene is during his training, after he lied about his health to get into the army, a common occurrence during the war. In it, Tommy Lee Jones’ gruff Chester Phillips throws a grenade into the middle of a bunch cadets, and Steve immediately covers the grenade with his body. He’s tough, brave, but he’s still too skinny for heartthrob leading-man status.

One of the cleverest things about Steve’s transformation is that it is used as a PR gimmick, a piece of propaganda to keep the American soldier’s morale up as Steve punches fake Hitler on stage over and over again. Still, it isn’t long before Steve is in the fight himself, with, the brilliant Dominic Cooper as Howard Stark, Bucky and the Howling Commandos, and this is where the movie goes off the rails. Like the previous movies up to this point, the MCU movies are great at filling in their main characters, but The First Avenger misses the chance to have a deeper conversation about warfare. It took Wonder Woman going over much of the same thematic ground nearly a decade later to achieve this, and it leaves the film feeling thin and surface-level as a result, not living up to the depth it’s first act offered. It also doesn’t help that the effects are awful compared to Thor and the Iron Man movies, and render it supremely dated by comparison.

Of all the MCU’s romantic interest characters, Peggy Carter is the best. Hayley Atwell is fantastic as the very British presence, and her chemistry with Steve gets a lot from surprisingly little. The entire movie is about these two soldiers trying to find time out from saving the world to have a date. It’s a relationship that I find easier to buy into than the rest, as Atwell elevates everything she is given.
Her and Steve’s goodbye scene is very moving, not least because it borrows heavily from the beginning of A Matter of Life and Death. If you’re also a fan of Peggy Carter, check out the under-seen and very underrated Agent Carter, which gives Peggy the leading role she deserves and deepens the MCU mythology in unexpected ways.

The treatment of Red Skull, one of Marvel’s most iconic villains, is The First Avenger’s biggest mistake. The fact that they cast Hugo Weaving in the role was a great start, but there is nothing that particularly distinguishes him from any other insane villain. It’s obvious that he is just here to discover and set up the Tesseract for The Avengers, and instead of utilising his iconic villainy to create a real meaty bad guy for the franchise, he’s functional in the worst way. Toby Jones is great as Armin Zola though, because Toby Jones is always great.

Captain America: The First Avenger feels like a shaky pilot that only hints at the potential yet to come. More than any of the MCU movies up to this point, The First Avenger is a table setter for multiple movies and TV shows that were planned for the future. Bucky falls to his apparent death to set up The Winter Soldier, the Tesseract is discovered, and Cap is frozen so he can hook up with the Avengers. The scene is set, now it’s up to Joss Whedon to get the band together.

If you enjoyed this article and want to see more stuff like it, please check out the rest of our MCU retrospective, and consider supporting us on Patreon!