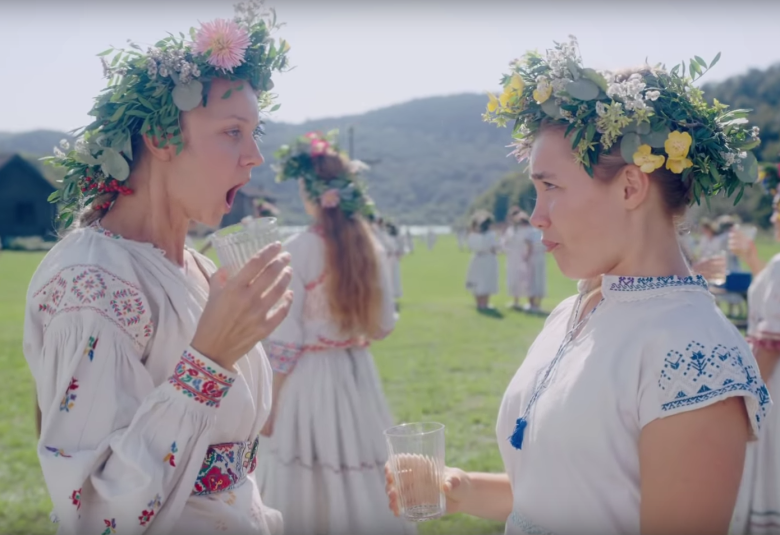 Look, the second movie is always a tough one to pull off. We get that. But this? This is not it.

Midsommar is director Ari Aster’s follow-up to the critically-deified Hereditary, last year’s biggest horror hit (even though that should have been The Little Stranger, but I digress) and unarguably one of the more impressive breakthrough features in a long time. It’s a film with undeniable merit – a look at grief, loss, and mourning through the twisted lens of a family on the brink of falling into a void that they aren’t even aware of yet.

So to say that Midsommar was highly-anticipated would have been an understatement. With horror finally taking a place amongst the critical mainstream (thanks to genuine auteurs like Jordan Peele), we’re better placed than ever to find space for a movie like the one this purported to be – a bleak, twisted psychological horror spackled with some spectacularly horrible scares to keep you halfway between writing a recommendation letter to the Academy and trying to hold on to your lunch. Starring Florence Pugh (whose performance in the unbelievably brilliant Lady Macbeth will probably ruin your life) as a young woman trying to recover from the loss of her family in a murder-suicide as her relationship with her boyfriend falls apart, Midsommar, titled after the central Swedish festival that it revolves around, looked set to be the sizzling, overheated horror this summer deserves.

What I was really hoping for here was something that stepped away from Aster’s previous work and into something that we hadn’t seen before from him – which, considering that he’s only got one feature film under his belt, shouldn’t have been that hard. But the truth is, Midsommar felt like it was drawing on the same bag of tricks that Hereditary did, and yet missing some of the central conceits that made his debut so compelling.

A creepy, murderous cult? Check. A female protagonist driven by the recent, violent loss of her family? Check. A throughline of grief? Check. And I don’t have a huge problem with those things on the surface – filmmakers often come back to the same wells they’ve drawn from before, because these are the themes and the ideas and the characters that intrigue them. But where Hereditary managed to turn those things into something profound, Midsommar skips out on the legwork and ends up a bloated, hollow borefest as a result.

This movie shifts the family drama to a relationship drama, and, at first, holds some promise in that realm – before the horror actually begins, Pugh and her boyfriend (played by Jack Reynor) manage to find some sharp, spiky edges to their failing relationship. But as the lengthy two-and-a-half hour runtime drags on, it seems like the movie is far more interested in scraping up random scenes of oogy-boogy oddness and gore that are not news to anyone whose seen twenty minutes of Bryan Fuller’s Hannibal, instead of exploring the very human drama that this film initially sets out to be.

There’s a great cast on display here, even outside the leading duo – Will Poulter and William Jackson Harper co-star as friends of the couple who also travel to the festival – and despite committed attempts from all the actors, none of the characters ever take real, significant shape. Pugh is a walking panic attack, but her existing relationships with her family and her boyfriend aren’t explored in a satisfactory enough way to give that performance weight. Poulter is wasted as an idiotic dudebro, while William Jackson Harper is there to push his glasses up his nose and exposite for us.

So look, okay, you know that I love horror films, you know that I’m not out here snobbing sniffily on all things spooky. But Midsommar seems somewhat unfinished; it’s like someone breathlessly retelling you a version of a story that they’re so excited for you to hear, except they keep on forgetting to fill things in and leave out these important details because they know them and it has slipped their mind that you don’t. I kept waiting for the movie to delve deeper into these characters, what drives them, but the film lacked the depth I wanted to see. In a character-driven horror, forgetting to explore your characters seems like a pretty unassailable oversight, and it leaves the movie rattling with too much space to fill by the time the credits roll. Hereditary works because of its characters; Midsommar fails without them. As a follow-up, Midsommar doesn’t come close to Ari Aster’s previous work – and as the horror of the summer? Well, I think I’m still waiting for someone to claim that flower-crown.