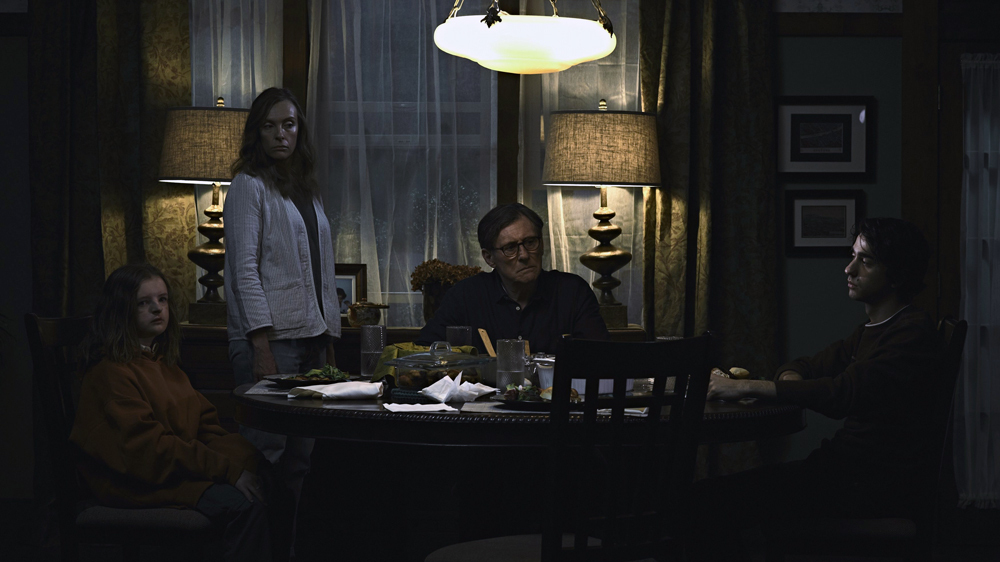 So, yesterday, after the Oscar nominations dropped, we here at No But Listen were doing our usual “but what about this! And that! And also her, in that thing, that one time!” regarding all the movies we felt as though had recieved an unfair snub at the Academy Awards this year. But instead of keeping that moaning to ourselves this time around, we’re going to share it with you. We’ve put together a list of the best performances, movies, directors, and writers of the last year (or so) who got overlooked by the Oscars this time around, and we’re love to hear who else you think got snubbed this time around! Without further ado, let’s dive into No But Listen’s Alternative Oscar Nominations.

Sorry to Bother You

You Were Never Really Here

Let’s be real here: the Oscars doesn’t care about horror movies. Get Out was the exception last year, and it’s hardly set a trend, with much-hyped horror insta-classic Hereditary getting cruelly overlooked for any major nominations this year, The Little Stranger received with a critical shrug despite excellent performances and a timely message, and even Annihilation losing steam after an already muted debut by the time the major awards came around. But much as I would like to say that a horror should take the top spot, You Were Never Really Here was without a doubt the best movie of this list. Just read the review. You’ll get it.

Boots Riley- Sorry to Bother You

A list of truly brilliant directors, all of whom should have been in serious contention with the Academy, means a tough choice for us. The winner has to be Lynne Ramsay for her stunning work on You Were Never Really Here, a film that place highly in both our end of year lists. How does Adam Mckay get a nomination and this genius doesn’t?

Lakeith Stanfield- Sorry to Bother You

I, Louise, would just like to take a moment here to point out that I am risking everything with this category. My co-writer on this site,  my life partner of more than half a decade, and my loving co-cat parent, is considering leaving me over the fact that I fought for Gerard Butler to be included right here. But honestly, I’m a one-woman hype machine for his batshit performance in Den of Thieves and I stand the fuck by it. I mean, obviously the actual winner should be Lakeith Standfield for Sorry to Bother You. But still, I risked it all to bring you this nonsense.

These amazing actors can shrug off their Oscar snubs as a place in our nominations is way more important to their careers. The winner has to be between Carey Mulligan for Wildlife and Toni Collette for Hereditary, but Collette just edges it, as she put in a career-best performance (which is saying something) that wipes the floor with both the Academy’s choices and ours.

Will Poulter – The Little Stranger

Of all the categories, this is probably the one we spent the most time hand-wringing over the actual top spot for. Will Poulter has had an extraordinarily weird year, between Bandersnatch and The Little Stranger, while Michael B Jordan switched up the comic book villain game with his exquisite Killmonger in Black Panther. But it’s got to go to Alex Wolff, for his devastating turn in Hereditary – chilling, profound, and sometimes painful to watch, it’s almost enough to wipe the memory of his brother in Death Note out of my mind. Almost.

Tessa Thompson – Sorry to Bother You

Now, if Suspiria hadn’t pissed us off so bloody much, T-Swizzle would have taken the top spot for her dual turns in Luca Guadagino’s re-imagining of the classic Italian horror. But it did, and for that, I’m sliding this one over to Gina Rodrigeuz in Annihilation. Powerful, profound, and emotionally gruelling, she knocks it out of the park in a competitive category.

Spiderman: Into the Spider-Verse

Sorry to Bother You

Alex Garland reimagined Jeff Vandermeer’s novel and created one of the greatest science fiction horror movies of our time. Ari Aster took a deep dive into our nightmares and then made us pay money to see it. Boots Riley gave us a hilarious fever dream that makes Brazil look like The English Patient. Ian McEwan expertly adapted his own novel to give us a subtle and elegant break-up story. But Into the Spider-Verse, written by Phil Lord Rodney Rothman, was a joyous celebration of one of pop culture’s most enduring figures – by having him take a backseat to the incredible Miles Morales. No other movie will melt your heart and brain like this one.

What do you think about our nominations, and what do you think is missing from our lists? Any snubs you’re mad about? Any movies you can’t believe got the nod this year? Let us know in the comments below, and check in over the next few weeks for Oscar Season, where we cover all the Best Picture nominees!

If you enjoyed this article and want to see more stuff like it,  please consider supporting us on Patreon.